Posted by : Aahil Shaik Thursday, July 30, 2020
Human Rights clarifies when an Employer can Cut the Salary of the Worker without his Approval

The Human Rights Commission in Saudi Arabia has identified cases in which amounts of the worker’s salary can be deducted, in accordance with the work system and its executive regulations that define the relationship between the worker and the employer in a manner that preserves the rights and duties of each of them. Trending : The blessed day of Arafah


The Human Rights Commission revealed the rights and duties of the worker in accordance with the provisions of the Labor Law and its executive regulations.

Cases in which amount may be deducted from the worker's Salary :

- The proportion of the deducted amounts may not exceed half of the worker's due salaries, unless it is established by the Commission for the Settlement of Workers Disputes that the deduction can be increased from that percentage. Recommend : Kiswah - The black cloth of Holy Kaaba

- The Human Rights Commission has identified cases in which it is permissible to deduct sums from the worker's salary without written consent from him, in the case of :

1. Recovering the employer's loans provided that the deduction from the worker does not exceed 10% of his wage.

3. Worker's contributions to the savings fund and loans owed to the fund.

4. Premiums for any project undertaken by the business owner, such as building housing, with the intention of owning them to workers or any other benefit. See Also : Ministry of Interior reminds about the penalties on labor gatherings

5. Fines imposed on the worker for the violations he commits, as well as the sums deducted from him in exchange for what he destroyed.

6. Fulfillment of a debt in fulfillment of any judicial ruling, provided that the monthly deduction for that does not exceed a quarter of the wage, unless the ruling guarantees otherwise.


- If the worker is arrested by the specialized agencies in cases related to the work or his cause, the employer must continue to pay 50% of the salary to the worker until he decides in his case that the detention period does not exceed 180 days. However, if he is convicted of his conviction, he will not be reimbursed from what had been previously disbursed unless the judgment stipulates otherwise. Read : Saudi Civil Defense warns of 4 violations

The Human Rights Commission affirmed that the labor system and its executive regulations determined the relationship between the worker and the employer in a manner that preserves the rights and duties of each of them. All workers are citizens and residents in the Kingdom who enjoy the same rights and have the same obligations equally. 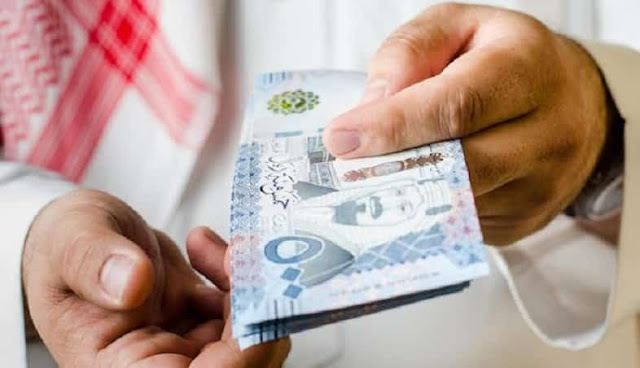