Saudi Civil Defense warns of 4 Violations, Violators will be Fined, Deportation on Repetition

The Saudi Civil Defense clarified the penalty for intentionally violating precautionary measures and preventive measures issued by the competent authorities during Corona virus pandemic. Trending : We do not want the joy of Eid to become the source of danger - Health ministry


The offender will be penalized with 1000 riyals for the first time and double in the event of repetition. The official account of the civil defense on its Twitter said “A penalty for intentionally violating the precautionary measures and preventive measures like

1. Not using medical or cloth masks. Recommend : New information on smell and taste of recovered from Corona

2. Not following the distances of social separation

3. Refusing to measure the temperature when entering the headquarters of the public and private sectors and

4. Failure to follow to the announced procedures when the temperature rises, in the cases stipulated in those procedures and measures.


- It stated that the violation for the first time is with the penalty of 1000 riyals, indicating that the penalty is doubled in the event of repetition, and if the violator is a resident expatriate of the Kingdom, then he will be deported and his entry will be permanently banned after the penalty imposed on him is paid. Read : Check exit re-entry visa status online in Saudi Arabia

- The civil defense asked to report the existence of the violations on the toll-free number (999) in all regions of the Kingdom, with the exception of Makkah Al-Mukarramah region, then reporting will be on the number (911). 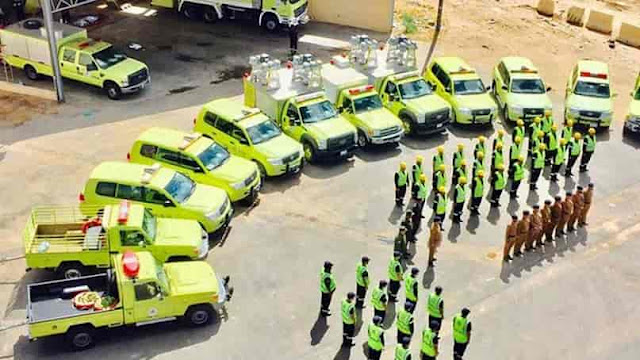 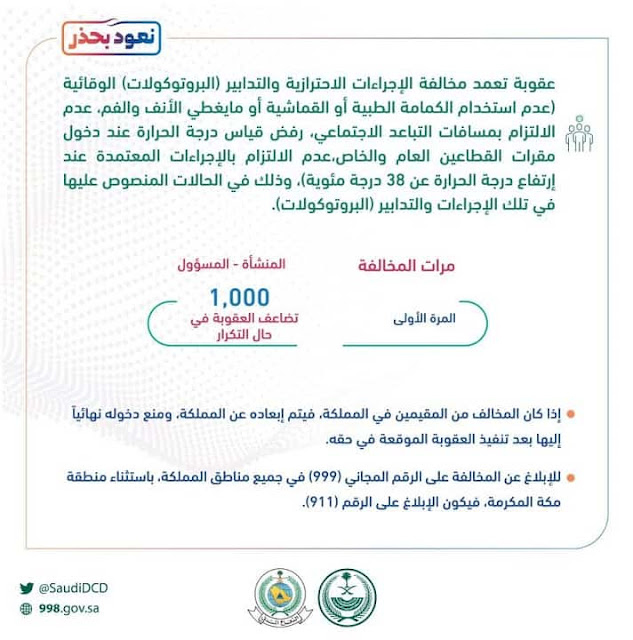