What is Huroob or Absent From Work in Saudi Arabia

Posted by : Aahil Shaik Friday, July 1, 2022
What is Huroob or Absent From Work in Saudi Arabia

Huroob is an Arabic word which means Escape or Absconder or Run Away (Absent From Work). As per Saudi Labor Law, Employer has to report to passport authorities, If his employee (Saudi Expatriate) is absent from work for a specific period of time to declare him as Huroob (Absconder or Escape or Run Away). 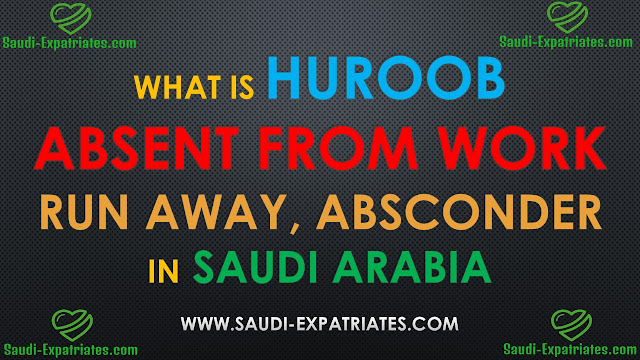 If the employer failed to do report the absence of employee, He (Sponsor or Employer) will be penalized as it is mandatory in Saudi Labor Law. The punishment to sponsor (Employer) for non reporting about runaway employee is

- Runaway employee shall be deported at employer's expense or if he was working for his own he shall be deported on his own expense.
- Sometimes employers (sponsors) may misuse Huroob provision, If an employee is going to approach against employer in labor court for any causes like mistreatment, non payment of salary or any other causes.


According to Saudi Labor Law, "An employer (sponsor) may not terminate the employee contract without an award (To him), advance notice or indemnity except in the few cases, and provided that he gives the worker a chance to state his reasons for objecting the termination." 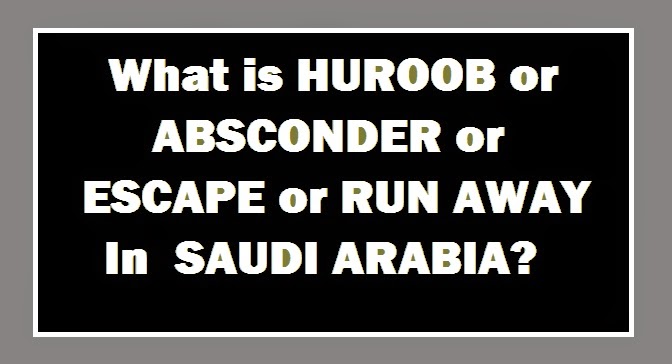