Saudi Arabia's air carrier and the leading low-cost airline in the Middle East "Flynas" announced the resumption of its direct flights between Jeddah and Karachi in Pakistan, starting from 30th October 2022. Follow Saudi Expatriates on Imo channel

The Flynas Airline clarified that 3 flights per week will be rescheduled between Jeddah and Karachi on Saturdays, Sunday and Tuesdays from Jeddah's King Abdulaziz International Airport to Karachi International Airport and its return.
- This comes as a continuation of Flynas expansion strategy within its plan launched at the beginning of the year under the title "We Connect the World to the Kingdom" and to reach 330 million passengers annually and connect Saudi Arabia with 250 destinations around the world by the year 2030. Recommend : Saudi Arabia to reduce charges by 35% across its 3 major airports
- Karachi is the largest city and main port of Pakistan, it is also the country's premier commercial and industrial center. Karachi is a popular tourist city in the Republic of Pakistan.

- Flynas increased its number of fleet to 38 aircrafts in June 2022 compared to 25 aircrafts in January 2021, an increase of 52%, while the number of passengers on its flights increased to about 4 million passengers during the first half of the year 2022, from about 1.8 million in the same period last year, with an increase of about 120%.
- Flynas connects more than 70 domestic and international destinations, and since its establishment in 2007, has transported more than 60 million passengers. Most Viewed : Penalty for stealing the property of Aircraft or passenger on board
- Flynas received the highest rating in an assessment conducted by the non-profit organization APEX, which is one of the largest international airline associations, which included 600 airlines of various categories all over the world. 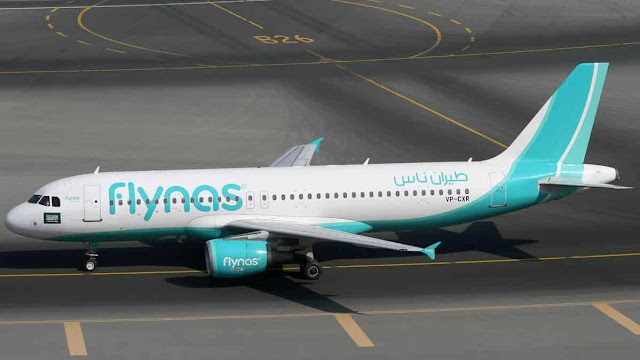