The Public Prosecution in Saudi Arabia confirmed that any practices regarding electronic signature, involving fraudulent or illegal acts, are considered as a major crime in the Kingdom, which requires arrest and the violator will be punished with 4 penalties. Follow Saudi Expatriates on Linkedin page

According to the Saudi Public Prosecution, Electronic Signature is digital information included in electronic transaction, added to it or logically linked to it, used to prove the identity of the site and its approval of the online transaction. Trending : 3 penalties for employing illegal expatriates in Saudi Arabia
- Any practices in this regard that involve fraudulent or illegal acts are considered as a major crime that requires arrest, stating that anyone who creates, publishes or uses a digital certificate or electronic signature for a fraudulent purpose shall be punished with the following.
1. A fine of up to 5 million riyals.

2. Jail term for up to 5 years.
3. Seizure of the all used hardware, system and software. Recommend : Defaming people with words and racism is a crime and this is its penalty
4. Publication of the required judgement after it has reached the final status. 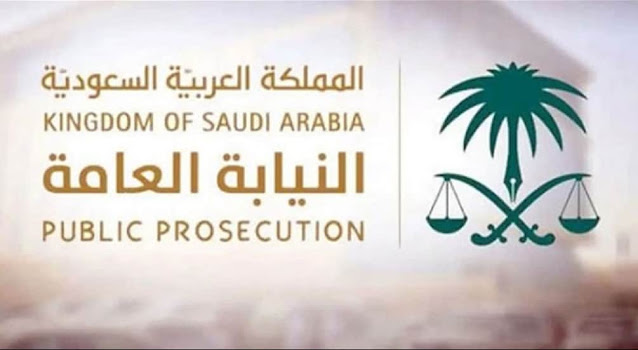 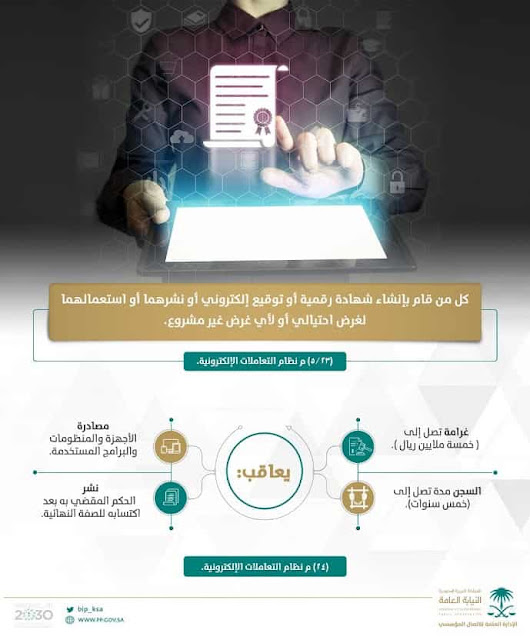