The Civil Defense and the General Traffic Department (Moroor) in Saudi Arabia warned against crossing valleys and reefs during their flow, which puts people's lives at risk, and considered as a traffic violation. See Also : Fine for not renewing vehicle registration on time

This comes after the rain alerts in several regions of Saudi Arabia. The authorities warn of not to risk crossing valleys and reefs during their flow, highlighting that it is a serious behavior that endangers the lives of the people.
- Those who violates the instructions and careless while crossing valleys and reefs during their flow, will be punished with a fine of 5,000 riyals to 10,000 riyals. Recommend : Traveling outside Saudi Arabia vehicle owned by others
- Earlier this, the National Center of Meteorology, in its report expected thunderstorms from medium to heavy in some regions, leading to the flow of valleys and torrential rain, accompanied by active winds and showers of hail.

- The Saudi Civil Defense advised everyone to stay away from valleys and water floods as it dangers the people's lives. As they may contain poisonous animals that were swept away by flow.
- The authority advises all to stay completely far from valleys and not to go near to them, in order to avoid swamps, potholes and ponds formed by heavy rain. Join Saudi Expatriates on Telegram channel
- The Civil Defense cautioned against swimming in such sites, which may contain clay that may cause people to become attached. 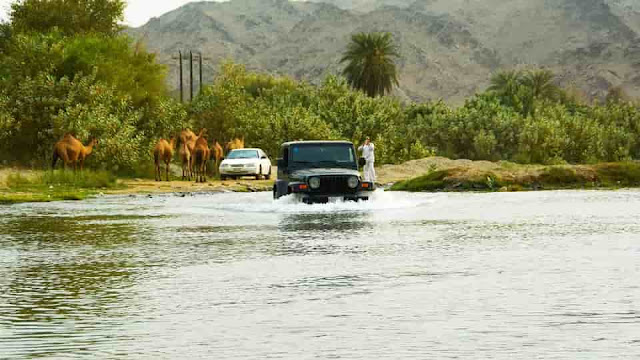 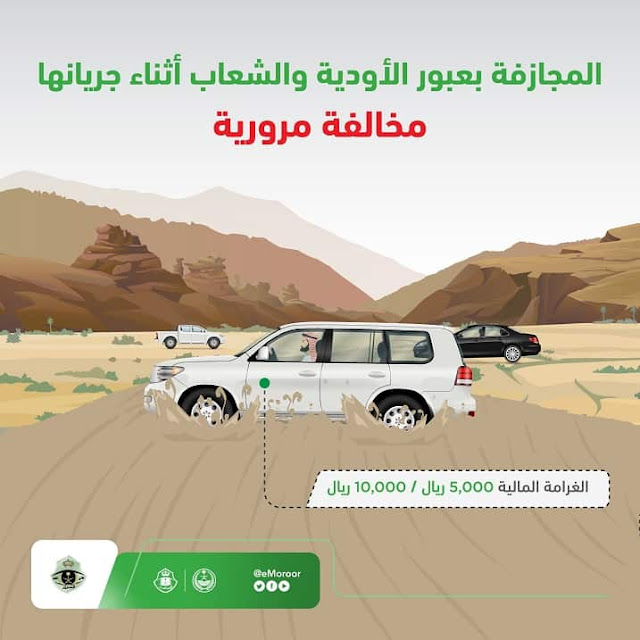