The Secretary General of the Anti-Trafficking in Persons Committee, Mohammed Al-Masry warned that abuse of domestic workers is one of the crimes of trafficking in persons and the penalty for this crime is up to 10 years jail terms and a fine of 1 million riyals. Read : Is it possible to convert visit visa into domestic worker visa?

Al-Masry, during his hosting of the 120 program on the Al-Ekhbariya channel, that give the size of domestic workers in the Kingdom, all relevant regulations have been studied in order to combat human trafficking crimes.
- He added that the most common crime of trafficking is forced labor, highlighting that the employer is subject to the above penalties whenever the elements of this crime are available and the intent to misuse one of the forms of trafficking in persons. See Also : The benefit of splitting iqama fee does not apply to domestic workers
- Earlier this month, the domestic workers dispute settlement committees in the Ministry of Human Resources and Social Development issued legal rulings and penalties against violators.

- The decisions issued require the imposition of penalties against violators of the list of domestic service workers and the like. The penalties included those who allowed their domestic workers to work in companies, as the law prohibits the employment of domestic workers in commercial activities, as this is the violation of the provisions of the Labor Law.
- As be the Labor Law, a non-Saudi may not practice work, and may not be allowed to engage in it, except after obtaining a work permit from the Ministry, according to the form it prepares for this purpose. Most Viewed : Iqama can be renewed even after the employer services suspended 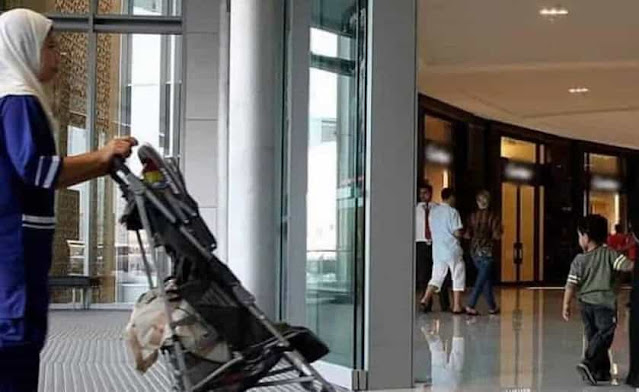