The Ministry of Human Resources and Social Development in Saudi Arabia said that it is studying the prospects of amending Saudi Labor Law article related to working hours in order to increase the Weekly Off for 2 days for all workers in the private sector companies.

The Ministry is wishing on taking all the measures that serve the interests of workers and the Saudi labor market to a way that contributes in achieving the government's goals and the labor market strategy in line with Saudi Vision 2030 said Saad Al-Hammad, the spokesperson of the Ministry.
- Al-Hammad added that, while reacting to the demand of private sector employees to review the official working hours and applying the weekly off for two days for all sections of workers in the private sector. See Also : Delaying the salary of the worker is a violation of Saudi Labor Law
- He said that the ministry of human resources earlier worked on proposed amendments to the Saudi Labor Law and had put forward these for feedback through a public opinion poll platform.

- Article 100 of Saudi Labor Law allows the employer, with the approval of the ministry to increase working hours to 8 hours per day or 48 hours per week in those companies where the nature of the work needs performing work in rotation, and this is with the condition that the average working hours do not exceed 8 hours a day or 48 hours a week.
- Article 101 of Saudi Labor Law has been amended as, Working hours and rest periods are regulated during the day, so that the worker does not work for more than 5 continuous hours without a period of rest, prayer and food of not less than half an hours at a time during the total working hours and so that the worker does not remain at the workplace for more than 12 hours per day. See Also : Clarification on termination of employment contracts

- Saudi Labor Law granted the employer exception in giving weekly off during occasions like the annual inventory work, budget preparation, liquidation of company, closing accounts, preparing for seasons, holidays and other occasions and seasonal work, given that the number of days in which workers are required to work for such occasions does not exceed 30 days per year, reported Saudi Gazette.
- In all the cases, the actual working hours may not exceed 10 hours per day or 60 hours per week. The minister shall take a decision with regard to the maximum number of additional working hours allowed per year. Join Saudi Expatriates channel on imo messenger 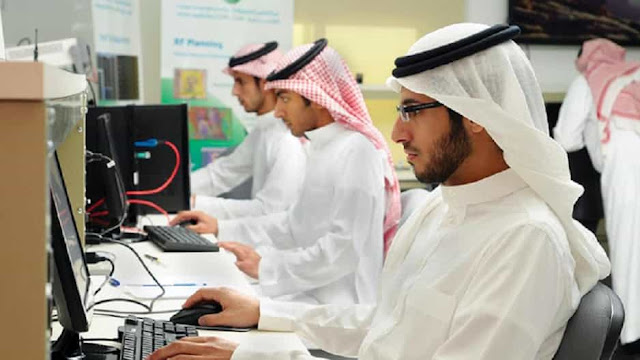