A treasure of 1100 year old Islamic gold coins discovered by archaeologists of Israel during salvage excavations near the central city of Yavnem where a new neighborhood is planned to be built. Trending : Jawazat Allowing Saudi citizens to enter from neighborhood states through land ports


A teenagers volunteering at an excavation unearthed a vessel of 425 complete Islamic 24 carat gold coins dating to the Abbasid period around 1,100 year ago, was a extremely rare find Israel Antiquities Authorities archaeologists said in a joint statement.

- The vessel also included hundreds of smaller clippings from gold coins that would have served as smaller denominations. Most Viewed : Saudi Arabia will stick to the 2002 Arab Peace plan - Foreign Minister

- "The person who buried this treasure 1,100 years ago must have expected to retrieve it and even secured it with a nail so that it would not move, We can guess only what happened to him from re-collecting this treasure".


- The trove was found in housed workshops at the time the treasure was hidden and the identity of the owner is still a mystery. Read : Absher clarification on Iqama renewals, Final exit visas and domestic worker visas

- A coin expert with antiquities authority said an initial analysis indicates the coins date from the last 9th century, considered the golden age of the Abbasid Caliphate that controlled most of the near East and North Africa.


- The discovery was among the largest caches of ancient coins found in Israel, Earlier, in 2015, amateur divers found nearly 2,000 gold coins off the coast of the ancient port city of Caesarea dating to the Fatimid period in the 10th and 11th centuries.

- The study of the hoard is going to reveal us more about a period of which we still know very little said the Kool. See Also : Engineering professions that included in 20% Saudization 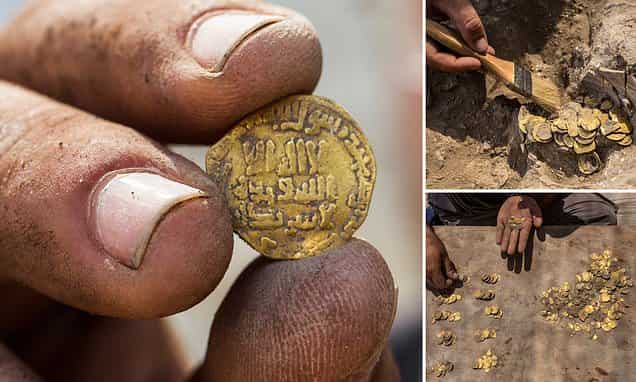 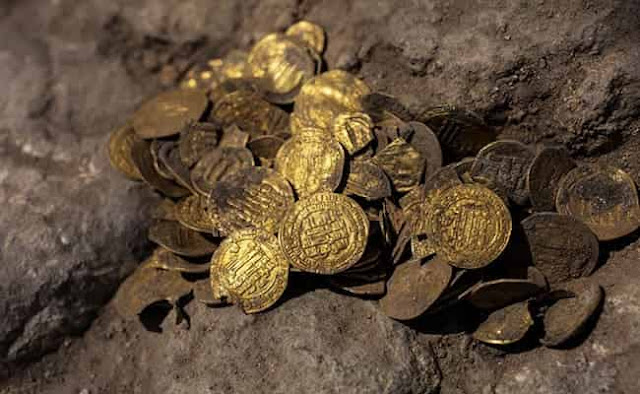