Saudi Arabia's foreign minister said Kingdom is committed to the Arab Peace plan signed in 2002, with regards to its relations with Israel. This plan proposes normalized relations between the countries only after Israel withdraws from Palestinian territories.


The Minister, Prince Faisal bin Farhan said, when we sponsored the Arab peace plan in 2002, we fully envisioned that there would eventually be relations between all Arab states, including Saudi Arabia and Israel if the condition is met.

- Saudi Arabia remains committed to peace as a strategic option based on Arab peace plan and relevant international resolutions allowing the Palestenian people to establish their own state with East Jerusalem as its capital said Faisal bin Farhan.

- Once this achieved, all things are possible, he added. His statement comes after the UAE and Israel announced a historic agreement last week to establish diplomatic relations. As part of the deal brokered by the US, Israel has suspended to annex the Palestinian territories.

#Berlin | FM Prince @FaisalbinFarhan: When we sponsored the Arab Peace Plan in 2002, we fully envisioned that there would be, eventually, relations between all Arab States including Saudi Arabia and Israel if the condition is met pic.twitter.com/bfxLwp0MMP
— Foreign Ministry 🇸🇦 (@KSAmofaEN) August 19, 2020

#Berlin | FM Prince @FaisalbinFarhan: Any efforts that promote peace in the region and that result in holding back the threat of annexation could be viewed as positive pic.twitter.com/pVtq7Fm1Fa
— Foreign Ministry 🇸🇦 (@KSAmofaEN) August 19, 2020 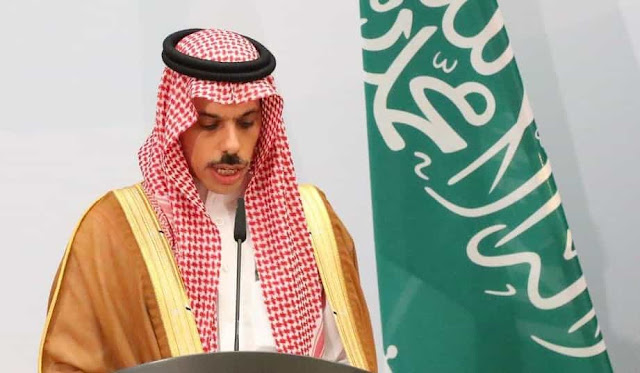