MAKKAH TO MADINA TRAIN TO START BY SEPTEMBER

Posted by : Aahil Shaik May 7, 2018
HARAMAIN TRAIN TO BE OPERATIONAL BY SEPTEMBER, JEDDAH AIRPORT BY THIS MONTH

Saudi Arabia's Haramain train between Makkah and Madinah with a speed of 300 km/hr to start in September of this year, which is just after Hajj season of this year, According to the statement of Saudi Transport Minister to Arab News. Trending : Penalties for umrah visa violators


This high speed electric Haramain train will be the fastest train in the Middle East, It will connect King Abdullah Economic City, King Abdulaziz International Airport in Jeddah, Makkah and Madinah in the 450 km long railway line. Recommend : Makkah to Madina train takes you 130 minutes


http://www.saudi-expatriates.com/2018/02/makkah-to-madinah-train-takes-you-in-130-minutes.html
- It will be able to carry 60 million passengers in a year and it will be fully operational from the beginning of 2019. Transport system is a main pillar of the national economy and a key driver of the economic renaissance that will be under Saudi Vision 2030 strategy.


- The new airport in Jeddah will be operational from this month with a limited number of domestic flights, other flights will be added from July and September of this year along with 6 new gates for international flights. Read : No Umrah visa fee for the first time visitors


http://www.saudi-expatriates.com/2016/12/no-more-umrah-visa-fee-once-in-year.html
- King Abdulaziz International Airport will be fully operational within the first 3 months of 2019 with 46 gates, which is 5 times bigger than the current size and will accomodate more than 30 million travelers in a year. 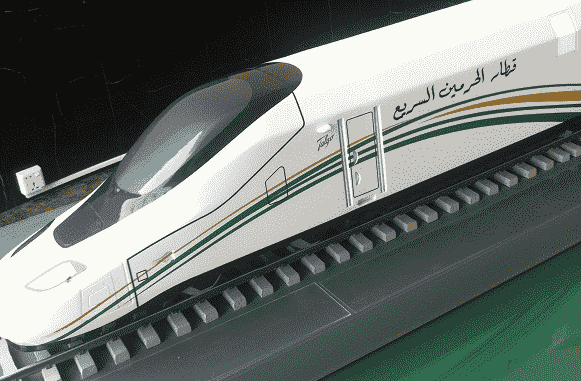