The Royal Embassy of Saudi Arabia in New Delhi released a statement on Thursday (17th November 2022), stating the Police Clearance Certificate (PCC) is no longer required for Indian nationals to obtain a visa for traveling to Saudi Arabia.
- The Saudi Embassy in India in its announcement said that, "In view of the strong relations and strategic partnership between the Kingdom of Saudi Arabia and the Republic of India, the Kingdom has decided to exempt the Indian nationals from submitting a Police Clearance Certificate (PCC)". Recommend : Flynas announces direct flights from Mumbai to Riyadh and Dammam
- "The PCC will no longer be a requirement for Indian citizens to obtain a visa for travelling to Saudi Arabia. The decision has been taken as a part of the efforts of the two countries to further strengthen their relations. The Embassy appreciates the contribution of over 2 million Indian citizens living peacefully in the Kingdom", the statement added.

- Over two million Indian expatriates in Saudi Arabia constitute one-fourth of the expatriates in the country. The decision to exempt PCC comes at a time when both the countries are celebrating the 75th anniversary of establishing diplomatic relations between the two countries.
What is a Police Clearance Certificate, why it is required?
A Police Clearance Certificate is a document that Indian nationals prepared to go abroad for employment or residential status, or for long-term visa. They need to apply for it as per the requirement of the destination country. The PCC document will help in detail the criminal record of the citizen, who applied for it. Read : Know some amazing facts of India

- As of now, the Indian nationals used to submit a PCC to obtain their Saudi visa. Now this is no more required. So, tourists now have one less document to process, this new rule would make visa application processing faster and easier. See Also : Avoid 6 foods which can risk your heart health 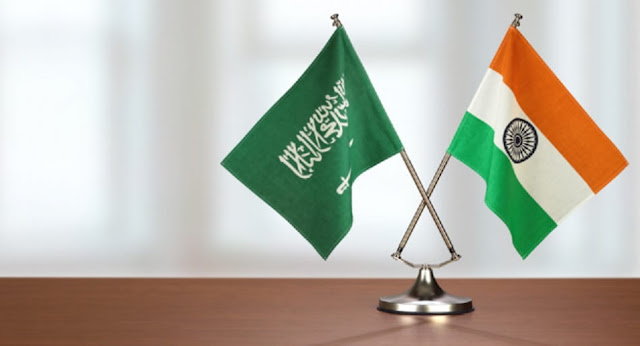 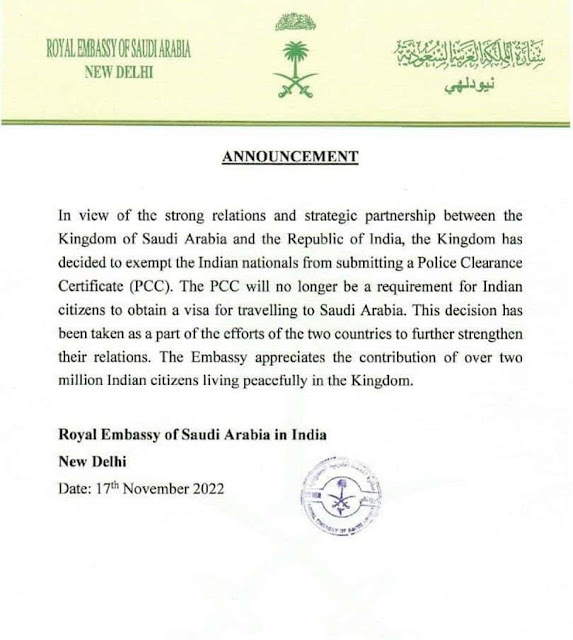