The General Traffic Department (Moroor) in Saudi Arabia has confirmed nine (9) places where it is not allowed to park or stop the vehicle in the Kingdom. Recommend : Traffic Penalties on drifting violations in Saudi Arabia

Saudi Moroor through its official Twitter handle stated that the places where it is forbidden to stop or park vehicles in the Kingdom of Saudi Arabia include the following.
1. On Zebra crossings or pedestrian crossings.
2. In Reverse of the direction of the traffic. See Also : 4 dangers of exceeding speed limit of the vehicle
3. At a distance of 15 meters or less from the Traffic signal.
4. Less than one and half meters away from the crossings of school students.

5. Do not stand across or in the middle of the road.
6. On sidewalks of pedestrians or footpaths.
7. On bridges. Most Viewed : 4 wrong behaviors while driving on traffic jams
8. Parking in spaces designated for a special category of vehicles.
9. At a distance of 15 meters or less from a turn. 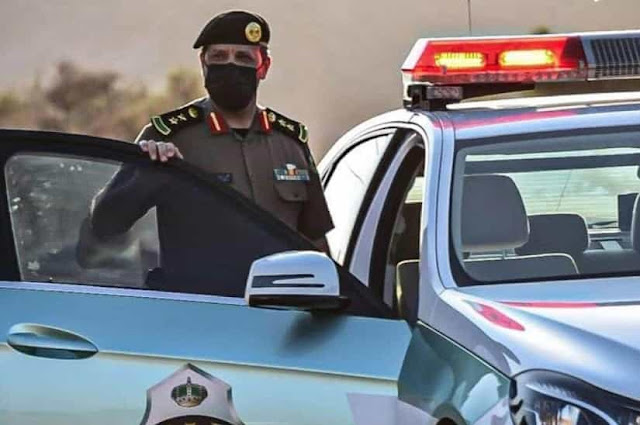 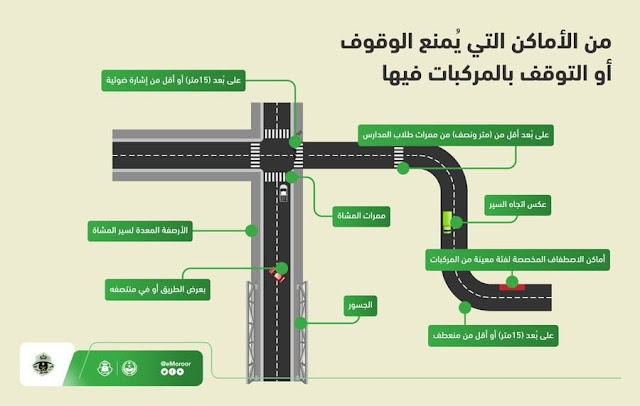