Saudi Jawazat stated that the working of the its department in the regions from Sunday to Thursday, 8 AM until 2 PM.
- In Riyadh region, work will continue from Sunday until Thursday from 4 PM until 9 PM in the Electronic Services Division in Al-Roshan Mall, Al-Kharj Governorate and the Passport Division in the Al-Rimal district. Recommend : 1,000 riyals fine for operating illegal private taxi in Saudi Arabia
- In Makkah region, Jawazat explained the work will be from Sunday to Thursday from 5 PM in the evening until 10 PM, in the Passport Division of Tahlia Mall, Serafi Mall and AL-Radsi Mall.

- The Jawazat also clarified that all its departments in the regions of Saudi Arabia provide their services to beneficiaries during Eid Al-Adha holiday, who have emergency cases, as it receives and removes these cases during this period, for citizens and expatriates, highlighting the necessity of obtaining an electronic appointment through the Absher platform. See Also : 3 documents required in car rental process in Saudi Arabia 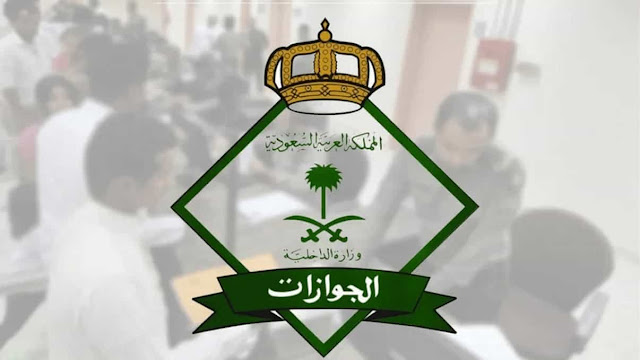 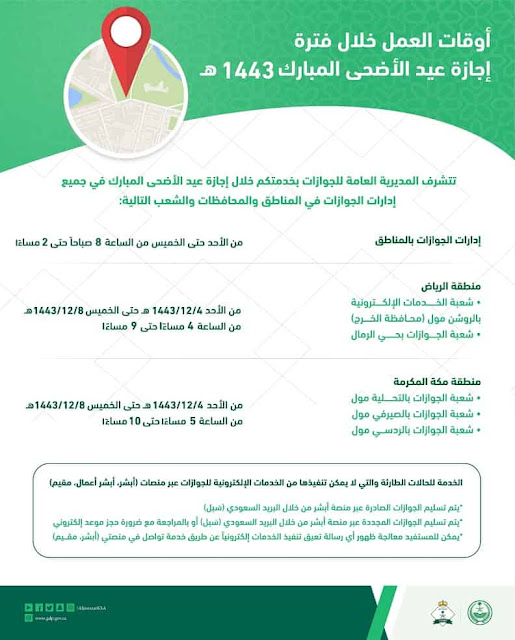