GACA plans to operate some Airports using only Renewable Energy

GACA plans to operate some Airports using only Renewable Energy

The Civil Aviation Authority also plans for improving flight runways, operating procedures and ground movement and the implementation of the Carbon Offsetting and Reduction Scheme in International Aviation (CORSIA) and the reshaping of the Kingdom’s atmosphere in a manner that ensures the highest levels of efficiency and effectiveness. Trending : 97% of Corona infected people did not received Corona vaccine or taken just 1 dose
- All these efforts are aimed at developing the traveler’s experience, as the General Authority of Civil Aviation puts the traveler first.

- GACA has renewed its commitment to the importance of sustainability in the aviation sector as part of its approved strategy, as it has identified plans to restore investment in world-leading high-efficiency aircraft.
- In a discussion session on aviation sustainability at the Dubai Airshow, the authority explained that the civil aviation sector strategy will witness huge billion investment opportunities for the private sector by 2030. Recommend : Tawakkalna reveals that it is not possible to register as New User from outside the Kingdom of Saudi Arabia 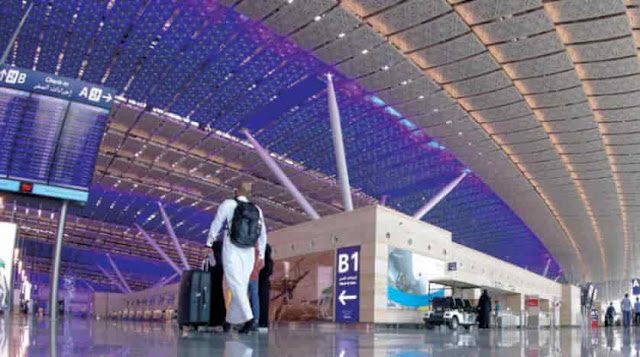