For the first time in the History of Saudi Arabia, Women take part in National Day Parade

For the first time in the History of Saudi Arabia, Women take part in National Day Parade

For the first time in the history of Kingdom of Saudi Arabia, Women took part in the military parade of annual Saudi National Day. Female soldiers of different ranks marched in the hour-long parade in commemoration of 91st Saudi National Day.

The Ministry of Interior in collaboration with the General Entertainment Authority (GEA) held the event in Riyadh, the capital city of Saudi Arabia and a similar parade was also organized in Jeddah.
- The GEA also organized dozens of activities and events to mark the occasion of 91st Saudi National Day from 23rd September to 25th September. The health ministry has invited all to stick to the precautionary measures throughout the celebrations in order to curb the spread of Corona virus. Similar : New rules for working women in Saudi Arabia
Saudi Vision 2030 and Saudi Women :
- This year February, the Ministry of Defense of the Kingdom announced women can now apply for positions of military through their unified admission portal.

- In order to join the armed forces, a woman must be between the age of 21 and 40 years, 155 centimeters tall or above and cannot be a government worker. She must also pass admission procedures, have a clean criminal record and be medically fit for services.
- A Saudi woman must also hold an independent national identity card, have at least a high school education and cannot be married to a non-Saudi citizen. Recommend : Saudi women can drive through King Fahad Causeway 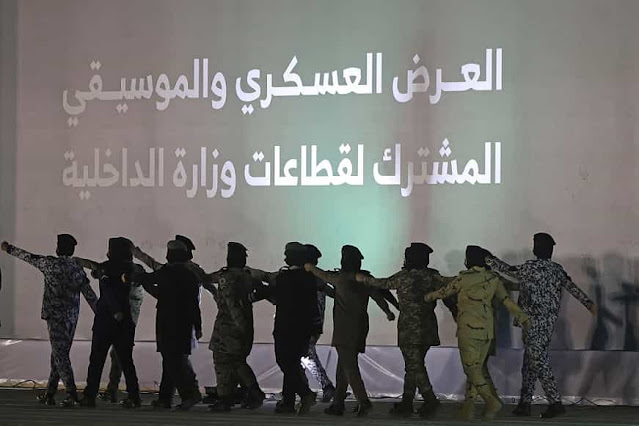 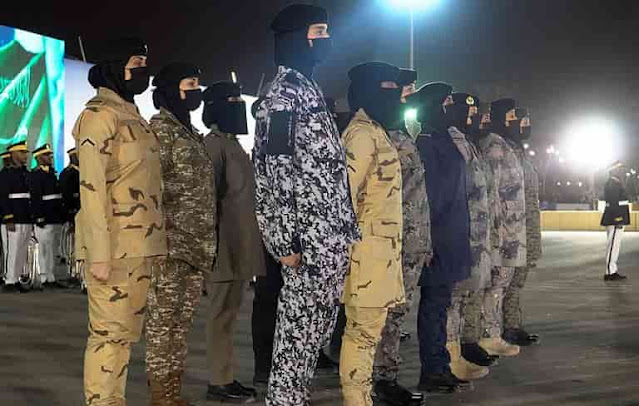 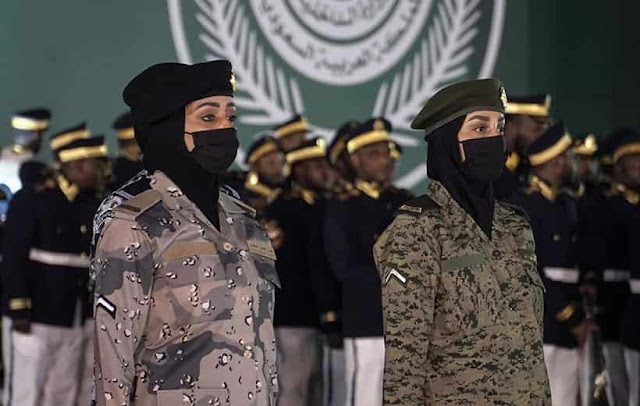