The Chairman of the Board of Directors of the General Entertainment Authority (GEA) in Saudi Arabia, Turki Al-AlShikh, announced the launch of the Riyadh season 2021, on October 20, under the slogan #Imagine_More, as the season's activities will be held on an area of ​​5.4 million square meters across 14 districts of Riyadh. Follow Saudi Expatriates on Twitter

He also said that a press conference will be held on October 4 to announce more details of the season, and to reveal big and unusual surprises.
- "This season would be organized by Saudi teams, will shine the world, stating that it includes 7,500 events of activities, including 70 Arab concerts, 6 international concerts, in addition to 10 international exhibitions, 350 theater performances, 18 Arab plays. And 6 international plays, in addition to 1 free-wrestling championship, 2 international matches, 100 interactive experiences, in addition to 200 restaurants and 70 cafes, in a variety of ways, to suit the tastes of all audiences and age groups", said Al-Shikh. See Also : Women take part in National Day parade for the first time in the history of Saudi Arabia
- The Riyadh Season 2021 is expected to provide a mixture of exclusivity, suspense and modernity, to make Riyadh a major evolution, a preferred destination, and a refreshing space that exceeds the local and international imagination, with what it provides to residents and visitors.

- This Riyadh Season is also expected in contributing the achievement of multiple national goals, such as raising the level of the entertainment sector and increasing its size, and creating employment opportunities, economic return growth, and attracting foreign investment.
- Riyadh Season 2021 seeks to make the capital city a tourist entertainment destination, uniting its position as one of the most prominent and important entertainment destinations in the region and the world. See Also : Saudi Arabia approved Anti-Begging Law with huge penalties 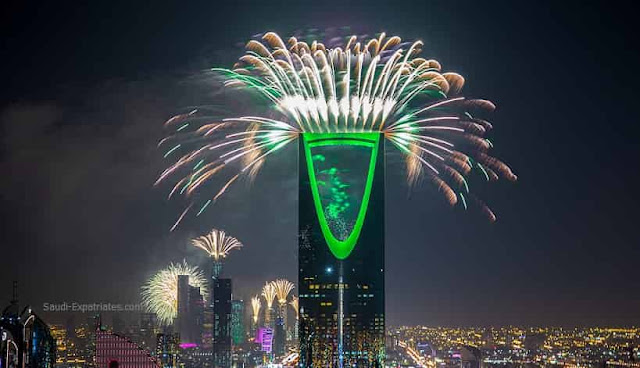