Saudi Arabia to penalize 1 Year Jail term and 100,000 fine for Begging in Kingdom

Saudi Arabia to penalize 1 Year Jail term and 100,000 fine for Begging in Kingdom

The Council of Ministers in Saudi Arabia approved new Anti-Begging Law, which penalizes those who practice beggary in the Kingdom with a maximum imprisonment of one year and a fine of 100,000 Saudi Riyals. Follow Saudi Expatriates on imo (Limited to Mobile)

The 5th Article of the Anti-Begging Law specifies the penalties for those who engage in any activities of begging or managing beggars or encouraging and the helping an organized group of beggars will be punished with a maximum penalty of 100,000 riyals and one year jail term or both.
- The Law also stipulates that, those who involve in encouraging and helping anyone in begging will be sentenced with a jail term of maximum 6 months or a fine of 50,000 Saudi riyals or both. Trending : Over half million expats left Saudi Arabia in one year
- There is also a provision in the Anti-Begging Law to deport expat beggars after completing the imprisonment and payment of the fine and the violator will be banned from entering into the Kingdom for work. However, there will be exemption from deportation for expat beggars who are husbands or children of Saudi women.

- The law specifies that, The Ministry of Interior is responsible authority to arrest beggars, and a beggar will be punished if he is arrested for engaging in beggary for 2nd or more time.
- According to the Article 4 of the Anti-Begging Law, The Ministry of Interior in coordination with the concerned departments, shall carry out studies about social, health and psychological and economic condition of the Saudi beggars and extend them support to address these issues after taking case by case, including offering the necessary care and support for them, as per the report of Saudi Gazette. Recommend : Saudi Arabia approves Personal Data Protection Law
- The report of the Ministry of Human Resources and Social Development on this shows a total of 2,710 Saudi beggars were arrested in the year 2018, around 79% of them were women (2,140), while the men represented 21% with a total number of 570. 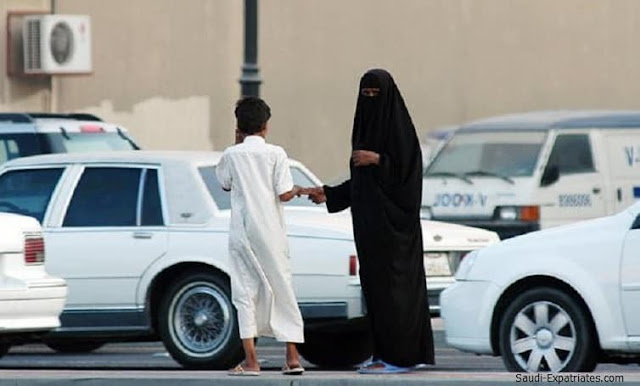