The Ministry of Human Resources and Social Development in Saudi Arabia announced the 91st National Day holiday for the Kingdom, stating that it will be on Thursday, September 23, 2021, for all public, private and non-profit sectors. Follow Saudi Expatriates on imo

The official spokesperson of the Ministry of Human Resources, Saad Al Hammad, tweeted that the National Day holiday will be on Thursday, Safar 16, 1443 AH - September 23, 2021, for all public, private and non-profit sectors.
- He pointed out that this comes in accordance with Article 24 of the Executive Regulations of the Saudi Labor Law and in accordance with paragraph (b) of Article 127 and Article 128 of the Executive Regulations for Human Resources. Similar : What if National Day falls on Friday or Saturday

- Every year, On 23rd September, Saudi Arabia, its citizens and resident expatriates celebrates the National Day, the anniversary of the Kingdom's unification.
- Recently, the head of the General Entertainment Authority launched the logo of the 91st National Day, with caption 'It is our home', unifying the celebrations of all government and private sectors inside and outside the Kingdom, the day and weekend to witness many events are held on this occasion. Read : Few unknown facts of Saudi Arabia, You must know 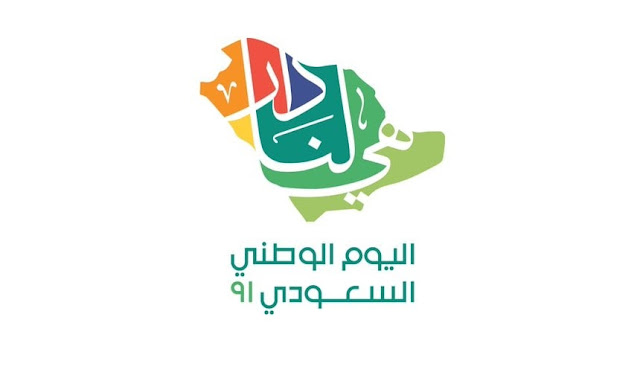 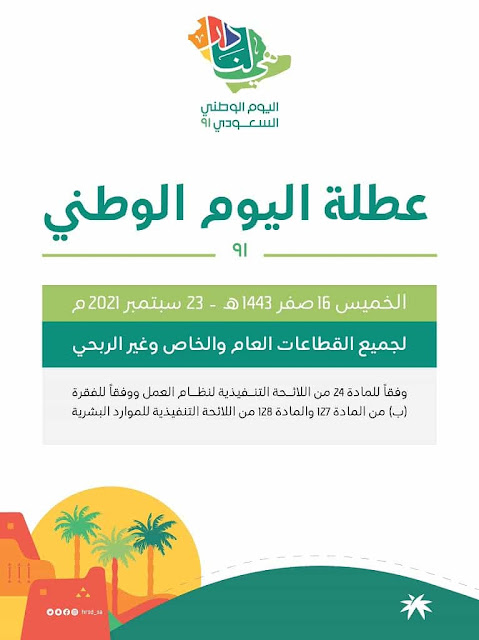