Few Unknown facts of Saudi Arabia, You must know


- Saudi Arabia has a population of 33 million, It is about 0.44% in world's population, It has more younger people, The 33 million population includes with Expatriates and citizens.

- The Kingdom of Saudi Arabia is the largest country in the world without a single river.


- Millions of people visits Saudi Arabia in a year from all over the world as it has the two biggest Holy Mosques Makkah and Madinah.

- Saudi Arabia is more rich in oil than any other country of the world.

- Riyadh's camel market is one of the largest market in the world which sells more than 100 camels per day.

- Saudi Arabia's Kingdom Tower construction in Jeddah is about to finish its work by 2019, which will become the new tallest building of the world, currently the tallest tower is Burj Khalifa in UAE.

- It is a country which holds 100% Mulsims citizens population. Trending : Saudi's 60% population in 20% land

- 95% of the Saudi Arabia is desert or semi desert, It is a home to the largest deserts in the world like Nafud Desert in north and Rub Al Khali in south.


- Men in Saudi wear 'Thobes' which is white in color, while women wear 'Abaya' while going out, its in balck color.


- Everything including shops and companies should close at the time of 'Salah (Prayer)', So that employees or its workers can peform their 'Salath', The time of close ranges in 20 to 30 minutes.

- 60% of Saudi Arabia's population is living in 20% of land and in the regions of Makkah, Madinah and Riyadh.


- Sorcery or Magic, Homosexuality is strictly prohibited in Saudi Arabia. 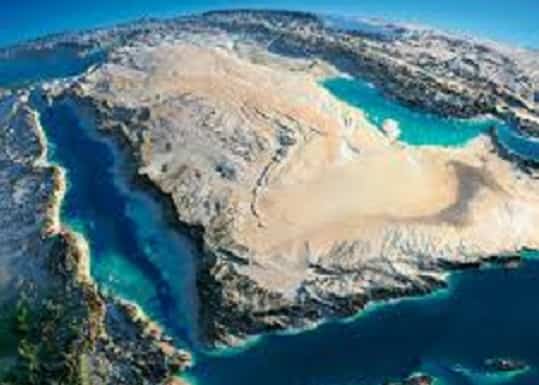