This deal will make NCB the first in the Middle East in terms of net income, It will become a leading bank in the Middle East region with 171 billion Saudi Riyals in market capitalization.
- While in Saudi Arabia, It will become the Kingdom's largest bank serving nearly 25% of the retail and wholesale banking market. The merged bank will leverage NCB and Samba's leading retail banking franchises, serving 26% of the market in retail loans and 29% of the market in retail liabilities. Trending : 17,000 jobs for Saudis in hypermarkets and supermarkets by the end of 2021
- The merger will result in all Samba assets and liabilities being transferred to NCB. Once the transaction is complete, Only NCB will survive while Samba will ceases to exist. Its shares will be cancelled and new shares in NCB will be issued to its shareholders.
- As per agreement, the new lender NCB will have its headquarters in Riyadh, it will be transferred from Jeddah with the appointment of Chairman of the Board of Directors of Samba Ammar Akhudary as the CEO of NCB.
- The current Chairman of the Board of Directors of NCB Saeed Al Ghamdi will be appointed as the Managing Director of new entity NCB.  Read : Fine on driver for exceeding passengers in vehicle than specified
- The NCB and Samba merger will create an entity that has one third of all banking assets in the Kingdom, the bigger and stronger the entity, the more flows they will generate from foreign institutional investors.
- Our ambition is to create a national champion that can help the transformation envisaged under Saudi Vision 2030 and create a pioneer for next generation banking services that nurtures tomorrow's industry leaders said the current chairman of NCB. See Also : Saudi Arabia to plant 10 million trees in 6 months 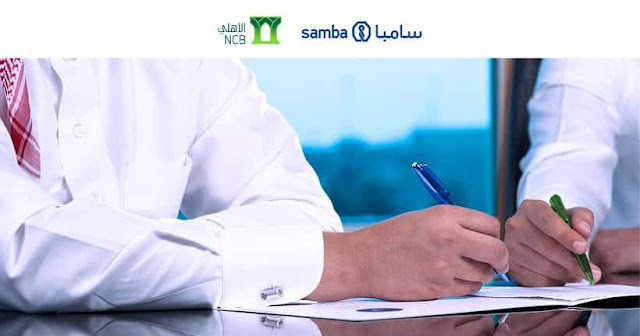