The General Traffic Department (Muroor) in Saudi Arabia, through its Twitter account has clarified on a fine for exceeding the number of passengers permitted for a vehicle in the traffic license.

The Saudi Muroor confirmed that transporting a number of passengers more than the number mentioned in the traffic license is a traffic violation and the violator requires to pay a fine between 1000 SR to 2000 Saudi Riyals. Trending : An expat man arrested with 2509 sim cards registered on unknown Id's
- "For safe driving, the driver of the vehicle must stick to the number of passengers stated in the traffic license" tweet Muroor in Saudi Arabia with below infographic picture.
- The General Traffic Department had stated that the registration of violations is minimal, and it may be recorded at its maximum, in the case of aggravating circumstances by a decision by a committee or committees formed by the minister, and the regulations specify the aggravating circumstances and the committee's work procedures. See Also : Saudi Arabia to plant 10 million trees by April 2021 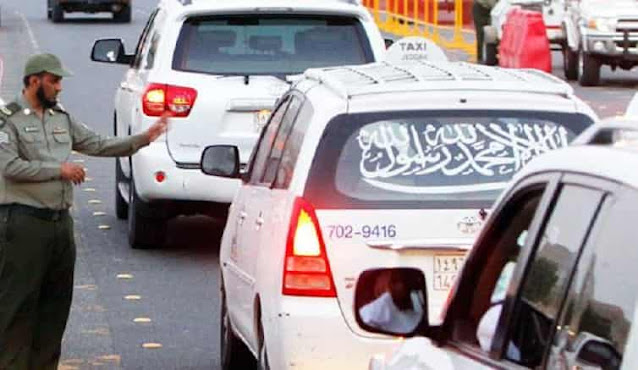 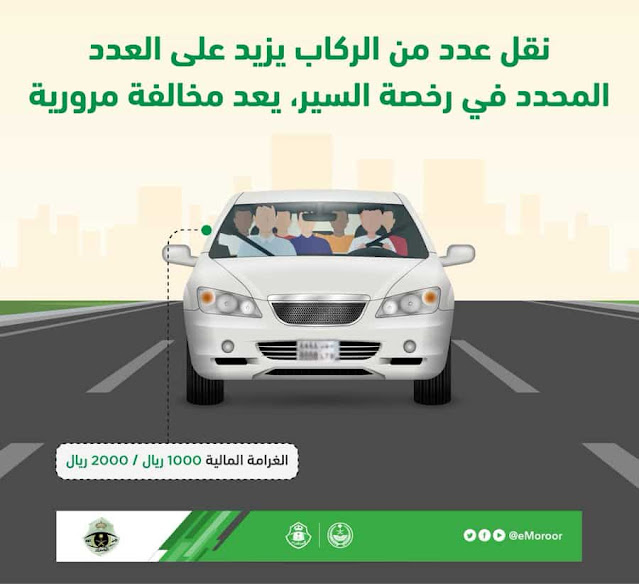