Posted by : Aahil Shaik Friday, September 4, 2020
UAE gets Saudi Arabia's and Bahrain's approval to use its Airspace for flights to All countries

The United Arab Emirates (UAE) General Civil Aviation Authority (GCAA) states that it had got approval from its counterparts in Kingdom to use Saudi Arabia's airspace for outbound and inbound flights to and from the UAE to all countries.


Saudi Arabia has permitted to allow United Arab Emirates flights over its airspace to all countries said the Saudi Press Agency (SPA). The decision comes after the request from the UAE. Trending : Expats contracts in Public Health sector is limited to 10 years in Saudi Arabia

- This step comes after 2 days of Israeli direct commercial flight landed in UAE carrying a join Israeli USA and Israeli delegation after the UAE and Israel declared a peace treaty reports Gulf news.


- Saudi Arabia's Foreign Minister Prince Faisal Bin Farhan states that the decision to allow flights to and from UAE to use Saudi Arabia's airspace will not change our longstanding position on Palestinian cause.

- This is the first time Saudi Arabia had allowed an Israeli commercial jet to pass over its territory. Air India had earlier received approval to fly directly to Israel and in 2018 established a direct route from New Delhi to Tel Aviv that passed over the Kingdom. Recommend : Procedure to inquire about Traffic violations fine in Saudi Arabia through Absher

- Saudi Arabia's decision to officially allow flights to and from Israel from UAE makes the route more commercially viable, cutting a nearly 7 hour journey in half. UAE is the 3rd nation to establish normalized relations with Israel after Egypt and Jordan.


Bahrain allows all flights to and from UAE to cross its airspace :

An official source at the Bahraini Ministry of Transportation and Communications also stated that the Civil Aviation Affairs approval was issued on the request received from the General Authority of Civil Aviation in the UAE, which includes the desire to allow the passage of the Bahrain's airspace for flights coming to the United Arab Emirates and departing from it to all countries. See Also : International flights to Saudi Arabia remain suspended until further notice 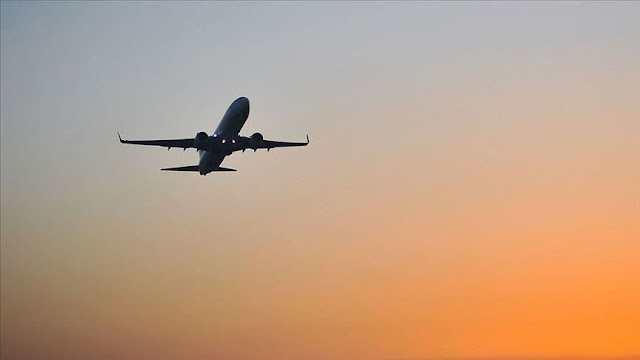