A woman made a strange behavior while on a flight that landed at Ukraine's Boryspil Airport, she violated instructions and exits through emergency door and sitting on the wing of the aircraft.


A viral video footage show, A woman sat on the wing of the plane after leaving emergency door, before she got up again and get into the flight.

- After landing the flight, which was coming from Antalya, Turkish city, the woman moved towards the emergency door, opened it and exited to sit on the wing of the plane without explaining the reason on this.

- Ukrainian Airlines punished the woman by preventing her form traveling on its airlines again.


- The woman reportedly is a mother of two, she complained that she was feeling too hot inside the aircraft and decided to take a walk on to the wing by opening emergency exit door in order to get some air.

- She calmed herself down by sitting on the wing of the flight until the officials had to call her to go back inside the aircraft. now she is blacklisted from flying with Ukraine International Airlines. 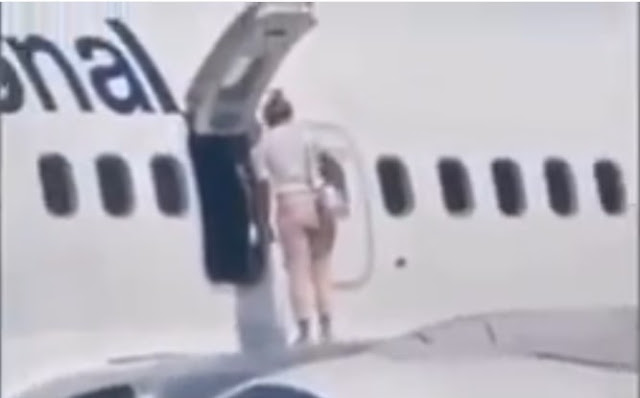