Authorities in Saudi Arabia has been arrested an Asian expatriate for operating an illegal dental clinic in Riyadh and seized an unidentified quantity of medicines from unknown sources in his clinic reports Kingdom's local news.

The Riyadh Health Department stated that its inspection teams have detected a dentist who is working illegally in his own unlicensed clinic.
- The fake dentist was immediately halted from practicing his work illegally and hand over him to the Saudi police for further prosecution and interrogation and to take legal action against him said Riyadh Health Department. Similar : A Taxi driver arrested in Saudi Arabia for secretly filming his female passengers
- Article 28 of Saudi Law of practicing Healthcare Professions states without prejudice to any severer punishment provided for in other laws, a violating individual shall be subject to imprisonment for a period not more than 6 months and a fine not less than 100,000 Saudi Riyals or any one of it.
1. Practicing healthcare without a license
2. Providing false information or using unlawful means resulting in his obtaining a license to practice healthcare.
3. Using means of advertising that would lead the public to believe in his eligibility to practice healthcare, contrary to fact. Recommend : Using hookah in public places or parks is a violation in Saudi Arabia
4. Unlawfully claiming a title usually associated with healthcare professionals.
5. Possessing instruments or equipment usually used in the practice of healthcare professions without having a license to practice, such profession or a legitimate reason for such profession.
6. Unjustifiably declining to treat a patient. See Also : No normalization with Israel without Palestinian statehood
7. Trading in human organs or performing organ transplant knowing that the organ in question has been obtained by means of trade. 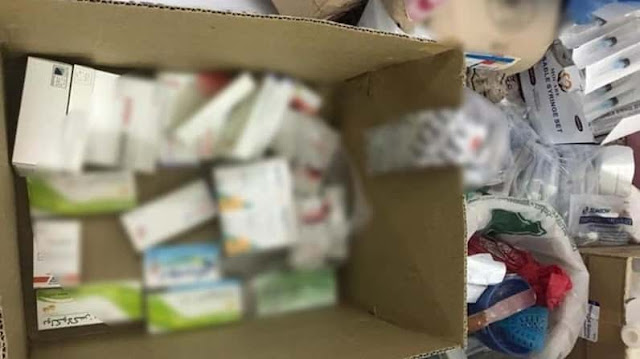