Posted by : Aahil Shaik Sunday, May 10, 2020
Zamzam water to be available all over the Kingdom in Al Othaim and Lulu Hyper after Panda

The General Presidency for the Affairs of the Grand Mosque and the Prophet’s Mosque announced, in cooperation with the National Water Company, the operator of the King Abdullah bin Abdulaziz Water Project for watering Zamzam, the expansion of the Zamzam Blessed Water Distribution Department in the Kingdom, in order to facilitate its delivery to the largest number of its applicants. Related : Zamzam water to be delivered to home, available at Panda


To provide the necessary solutions to secure the blessed water of Zamzam according to the capacity Standard containers of (5 liters) for their applicants during the holy month of Ramadan in light of the current Corona pandemic conditions. See Also : Saudi Arabia ranks 4th in Worldwide in terms of 5G network

The General Presidency of the Two Holy Mosques Affairs indicated an increase in the number of retail companies authorized to distribute Zamzam blessed water bottles of capacity (5 liters) in their branches in different regions of the Kingdom, and to start this as of the end of this week gradually, after the project of King Abdullah bin Abdul Aziz to water Zamzam with them And ending the signing of contracts according to the necessary conditions with each of the Al-Othaim Company and Lulu Market Company, with the application of precautionary measures, and following the precautionary instructions during the distribution operations by the contracting authorities.


The CEO of the National Water Company, Eng. Mohamed Al-Mawkli, said that the company was keen during the last period to increase the number of retail companies, and to end the necessary contractual obligations, in coordination with the relevant authorities to overcome all obstacles, and harness the potential to provide services to beneficiaries, indicating that during the next week will be announced. An additional electronic platform to request online Zamzam water, as the platform is currently being prepared as per the contractual requirements for receiving requests in a simple manner. Read : Coronavirus vaccine cannot be expected until the end of 2021

He added that these temporary solutions came in partnership and cooperation with the General Presidency for the affairs of the Grand Mosque and the Prophet’s Mosque, and support from His Excellency the Minister of Environment, Water and Agriculture, Chairman of the Board of Directors of the National Water Company Eng. Abdul Rahman bin Abdul Mohsen Al-Fadhli, and Sheikh Dr. Abdul Rahman Al-Sudais, under the current conditions of the Virus pandemic Corona newcomer, to facilitate the wishing to obtain the blessed water.

It is worth noting that King Abdullah Watering Project Zamzam announced earlier the closure of all Zamzam water sales outlets until further notice, according to the precautionary health steps and measures to combat the emerging corona virus (COVID-19). Most Viewed : Saudi Health Ministry launches Whatsapp service at 937 center 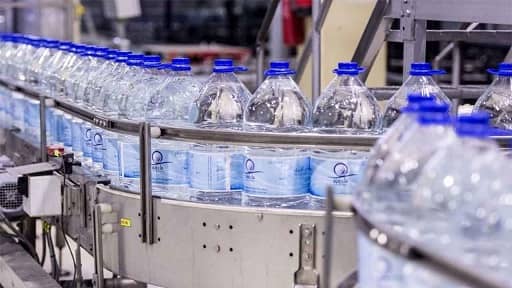