History of the Silver, Gold Doors of Holy Kaaba in Makkah over 5000 years

Posted by : Aahil Shaik Wednesday, May 6, 2020
History of the Silver, Gold six Doors of Holy Kaaba in Makkah over 5000 years

The current Kaaba door was ordered by late King Khalid bin AbdulAziz Al Saud, This door is one of the world's largest gold masses as it contains 280 kilograms of pure gold of quality 99.99, Its total cost was 13 million 420 thousand Saudi Riyals, excluding the gold. Trending : Beautiful tips to Charity or Sadaqa


- The current door of Kaaba was placed on 13th October, 1979, Its manufacturing was started 1977-78 and took around 12 months, It was made of gold from jeweler Ahmed bin Ibrahim Badr.

In the year 1944, The founder of the Kingdom of Saudi Arabia, late King Abdulaziz Al Saud bin Abdel Rahman Al Saud ordered manufacturing a new door for the Holy Kaaba from his own money after he got to know the door (existed Since 1635) had started to shake as per the historical documents of King Abdulaziz publishing house. Most viewed : Kiswa - The black cloth of Holy Kaaba

- The door was manufactured over 3 years, which had a metal base with 2 wooden shutters fixed on surface, its final layer was coated with gold and decorated with silver and copper.

The Prophet Ibrahim built Kaaba and called for Hajj 5000 years ago, As per Historians, when Kaaba was first built, it had no door or roof, it was simply made of walls.

- King Tubba was the first person to build a door to Kaaba, long before Prophet Mohammed as per the biography of Ibn Hisham as per Historians. Recommend : Interesting facts about Hajj

- As per Kitab Akhbar Makkah, Ibn Jarir Al Tabari saying, It was claimed that Tubba was the first to cover Kaaba and instructed the leaders of Jurhum tribe to maintain its purgation and make a door and key for it.


- The door made by Tubba was made of wood, remained in place throughout the pre-Islamic era and the early Islamic era, It was not changed till Abd Allah ibn Al Zubair made an 11 arms long door.

- According to Historians, after changing the Kaab door in the year 64 AH, the door was remade into its original height of 6 arms in the era of Abd Allah Ibn Al Zubair. Similar : Simple guide of Hajj pilgrimage for Muslims 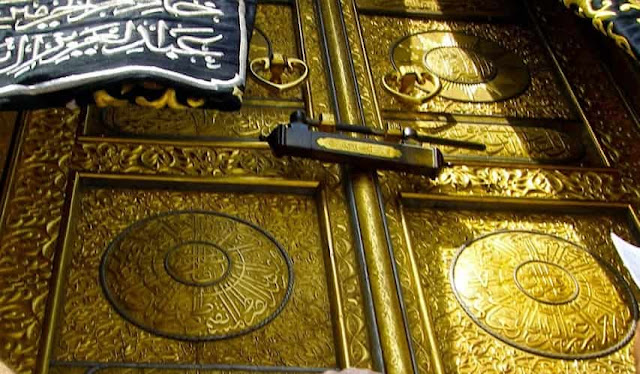 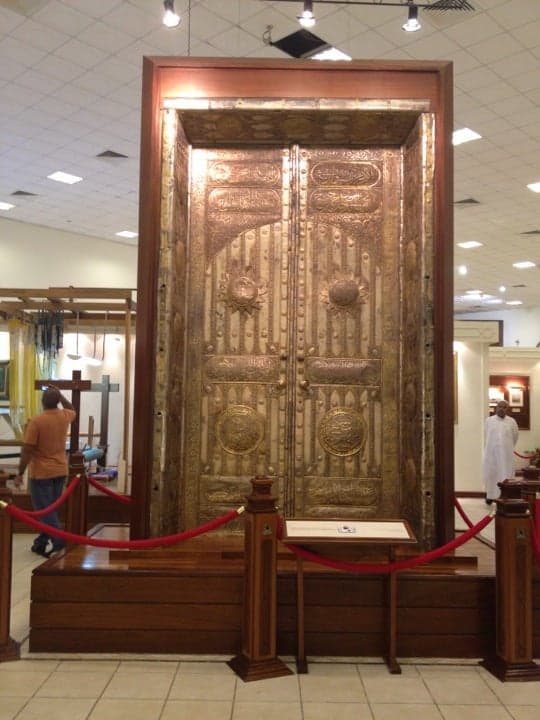