Is wearing 'Shorts' in Public places a violation in Saudi Arabia?

The list of public regulation codes in the Kingdom that "short" does not fall within the irregularities identified in the list, which are 19 offenses punishable by fines of up to 3000 thousand riyals. Related : List of fines on Public decency regulations


- The social media had talked largely about not violating those who wear "shorts", but the interpretation of the regulation and the statement of violations provided for in the system does not include wearing shorts, while the violations included. Trending : Expats can host 3 to 5 persons on host visa soon

- Wearing improper dress in public places, underwear or nightgowns, or those with expressions, images, or forms that are offensive, racially symbolic, or which contribute to inciting strife, or promote pornography and contraband, placing posters and distributing commercial leaflets in public without a license.


- Also setting fire to parks and public places in places other than the permitted places, uttering words or bringing in an act in which they harm or intimidate the visitors of public places or endanger them.

- In addition to skip the queues of waiting in public places other than the excepted cases specified by the concerned authority. The use of harmful lighting such as laser and the like to harm or harm the users or lead to intimidation or endanger them. Read : Using curtains in a car is now banned in Saudi Arabia

-  As the photography of persons was classified directly without their permission or the filming of criminal, traffic or incident accidents without the permission of the parties for a violation of taste Generally, The perpetrators are fined and delete and cancel the Photographs they took.


The Public code Regulation categorized writing or drawing on transportation or on the walls of public places without a license.

- Among the violations of public code stipulated in the regulation are acts of indecent assimilation, which include acts of a sexual nature, raising the sound of music in residential neighborhoods, playing music during times of prayer and prayer, and dumping waste in places other than assigned to them. See Also : Proposal to end increasing dependent and expat fee in Saudi Arabia

- Public flaws include occupying seats and facilities for the elderly and people with special needs, and overcoming barriers to access to public places. 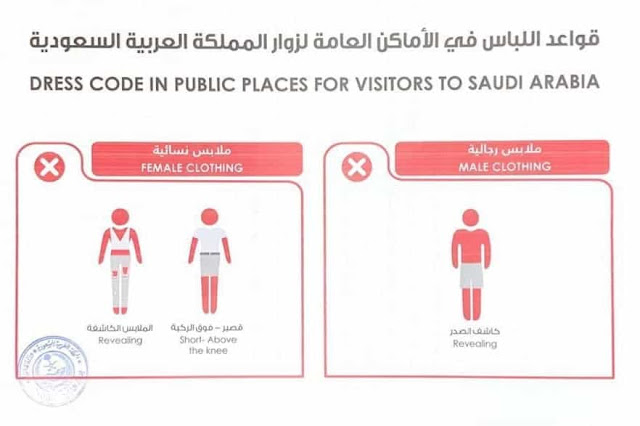