Posted by : Aahil Shaik Wednesday, October 2, 2019
Haramain Train in between Makkah & Madina to resume its services within a Month


The incident resulted in injury of at least 11 people and heavy damage to the Jeddah station, which happened on Sunday at 12:35 PM. The train will continue its operation in lessthan a month through Makkah station, King Abdullah Economoic City and Madina to serve the residents and visitors of Jeddah. Recommend : Makkah to Madina in 130 minutes via Haramain Train

- The passengers and employees were evacuated immediately after the fire broke out, The fire which was centered in the roof of the station lasted for 15 hours.

- The security forces used choppers equipped with water tankers to stop the fire. The blaze did not reach the railway tracks or power systems of electric rail. 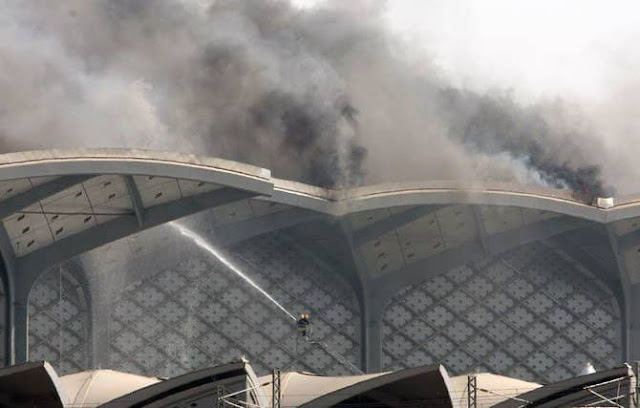