Now India will send the highest number of pilgrims for Hajj 2019 after Indonesia as the Saudi Arabia has decided to increase Hajj quota for Indians by 30,000, lifting the figure 200,000 per year. See Also : Hajj registrations for domestic pilgrims of Saudi Arabia


Saudi Arabia's Crown Prince Mohammed bin Salman has decided to raise the quota to India after meeting with Indian PM Narendra Modi in the Japanese city of Osaka at G20 Summit 2019. Read : Saudi Arabia to host G20 summit in 2020

- Many Indians are awaiting for their turn to perform Hajj as there is limited numbers every year, these increase of 30,000 will surely cheer them, Thanks to the Saudi Arabia.


- This is 3rd time in 3 years for Indian Pilgrims since the BJP government came to power in the year 2014. India's quota was 136,000 which now has been increased to 200,000. Recommend : Asian countries are top in list of sending Umrah pilgrims to KSA

- Indian Ambassador to Saudi Arabia welcomed the decision of Saudi Crown Prince and said 'We are grateful to Saudi Arabia for increasing the Hajj quota, Its the first time in history for Indian Hajj mission to handle such number of pilgrims'.

- Indian Hajj pilgrims to enter Saudi Arabia starting from 4th July of 2019, The Saudi leadership in Hajj management have promised to make Indian pilgrims stay in the Kingdom as comfortable as possible. Most Viewed : Umrah eVisas soon for individuals 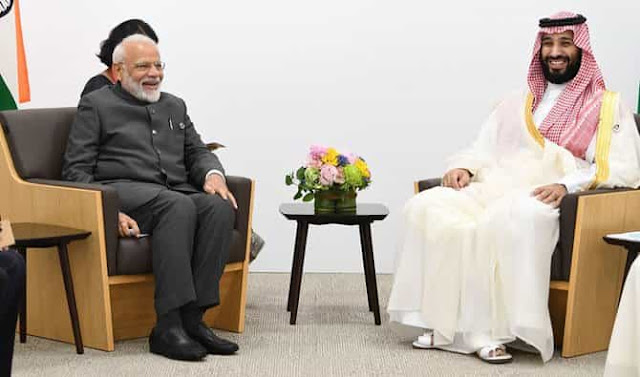