No entries in Makkah without Permit due to Hajj season

Posted by : Aahil Shaik Thursday, June 27, 2019
Ban on entries in Makkah without Permit till the end of Hajj season


The ban includes those who are visiting Makkah via the Haramain Train. Authorities will allow only those at Makkah entry points, who holds Makkah's resident permits or iqamas and Hajj permits or to those who are working for Hajj service firms. Recommend : Umrah visa applications closed till Hajj season finishes

- However, those who are holding entry permits from the related authorities will be allowed. The ban is on all gateway to the Holy city of Makkah and it applies on all transports including cars, buses, trucks and the Haramain Train, Its first time for train as it was launched recently only.


- The measures confirm to the Royal order banning expatriates from entering Makkah from 25th Shawwal to 10th Hajj every year except those who are working and living there. See Also : Makkah Clock Tower is attracting with its museum to worldwide Tourists

- Those who wants to go to Taif or Riyadh should use Jeddah to Taif highway instead of entering into Makkah city. Anyone transporting people illegally for Hajj will be arrested and his vehicle will be seized.

- Those pilgrims who are performing Hajj this year should carry their Hajj permits through Ministry portal. In case of performing Hajj without permit there will be 10 year ban on expat including his or her deportation. Read : Download Hajj permit 2019 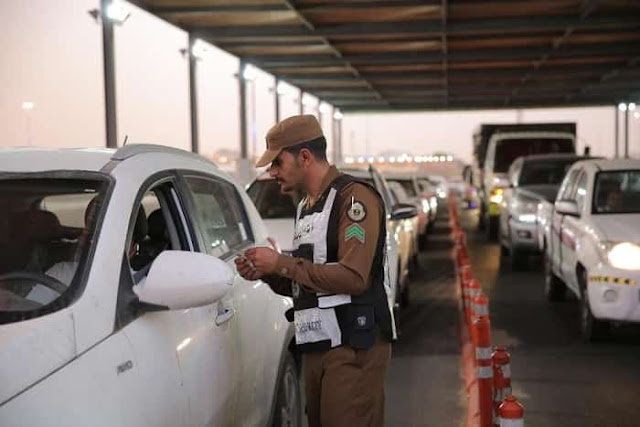