SAUDI RAILWAY TRAIN IS NOW UP TO AL JOUF CITY

Posted by : Aahil Shaik Monday, November 12, 2018
SAR TRAIN IS NOW UP TO THE AL JOUF CITY VIA AL QASSIM & HAIL

The Saudi Railway Company (SAR) has announced that the first passenger train arrived at Al Jouf Station from Riyadh via Al Qassim and Hail. Trending : 71% of expats will lose jobs in Saudi Arabia


From now on wards there would be a weekly round trip from Riyadh to Al Jouf and from Al Jouf to Riyadh as per the Deputy Chief Executive Officer for operations of Saudi Railway Company (SAR). Read : Saudi cities with highest and lowest salaries

- The company said they will increase the number of trains in the future in order to meet the needs and requirements of the residents of the Saudi Arabia.


- For now the train from Riyadh to Al Jouf will depart at 9:30 PM every Wednesday and the returning train from Al Jouf to Riyadh willbe at 11:30 PM on the same day. Most Viewed : Umrah pilgrims can now visit any city of Saudi Arabia

- The other two projects include a 1100 Km train tracks between the eastern and western regions of Saudi Arabia and a Haramain train which has been started recently from Makkah to Madina via Jeddah and Rabigh.

- With the launching of new train, passengers will now have several time options to travel between Riyadh, Al Qassim, Hail and Al Jouf. 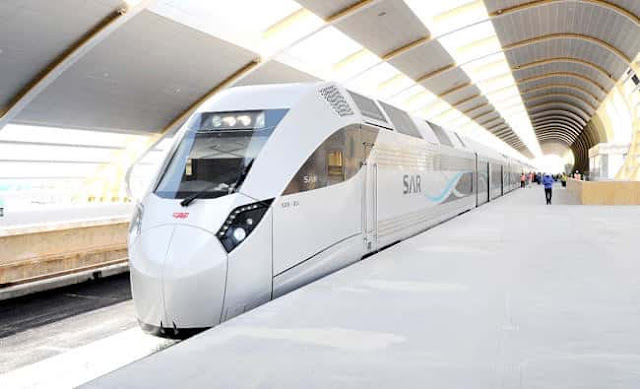