The General Authority for Meteorology and Environmental Protection in Saudi Arabia issued a warning of heatwave in some regions of the Kingdom, starting from 3rd July 2018 (Tuesday). Related : Saudi bans workers to work under sun


According to the organization, temperatures in the Eastern parts of the capital city Riyadh and in the Eastern Province could exceed more than 48 degree Celsius and dust may affect during the day, starting from 3rd July (Tuesday) until the beginning of the next week.

- Coastal and Western areas of Madinah city are also expected to be affected starting on Tuesday till Wednesday. Recommend : Penalty for smoking at no smoking places


- Makkah, Jizan, Asir, Makkah and southern parts of Madinah regions will be affected by thunderstorms, as per the published report in Saudi Press Agency. Read : Check medical report status in Efada

- This may lead to high winds, clouds and rains and a drop in visibility because of dust, as per the weather authority of the Kingdom. 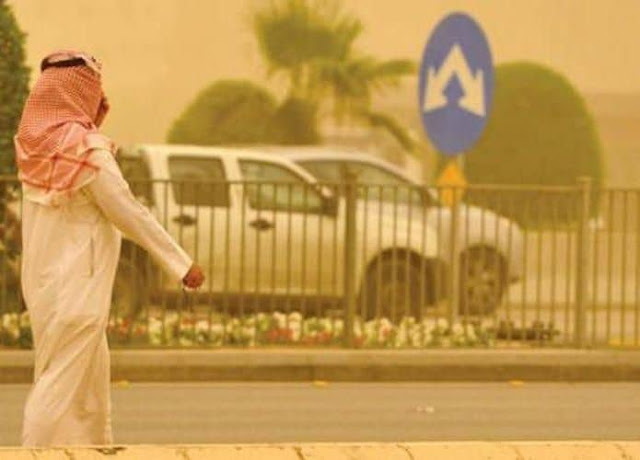