Good news for all illegal expatriates living in Saudi Arabia as The General Directorate of Passports announced the extension of campaign "Nation without illegal expatriates" for 30 more days for all nationalities starting from Eid day which was 1st Shawwal 1438 (25th June 2017). Trending : Golden chance to take final exit in amnesty

- Those who completed their departure procedures during the previous deadline and were not able to leave the Kingdom should leave quickly with in the time period of visa expiry on their own expenses. See Also : Hefty fines on illegals after amnesty period


- Many expatriates on our blog commented on our posts that they were unable to process the procedure as few of government departments was closed due to Eid holidays, Those all expatriates are request to start the procedure as quick as you can and leave the Kingdom in a legal way without any penalty. Related : Expatriates eligible for amnesty period


- Ministry Of Interior had launched this program "A nation without illegal expatriates" on March 29 with a limit of 90 days, Those who leaves Kingdom in this period will be exempt from heavy penalties more over their finger prints will not be recorded, so that they can come back to Saudi Arabia in a legal way. Similar : Nation free of violators campaign details 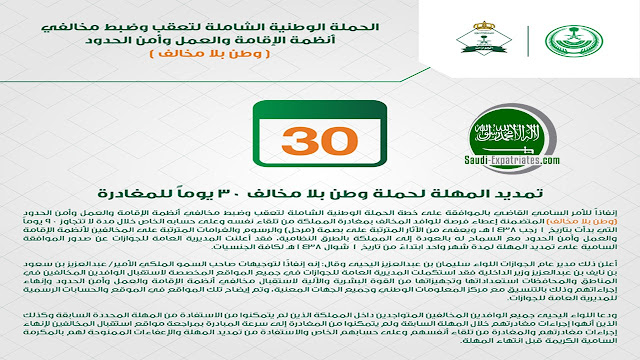