Riyadh Metro is one of the world's largest project in Saudi Arabia, It costs about 23 Billion dollars for developing 6 lines and 85 stations in the city, Riyadh has a population of more than 6 million and till now no public transportation system, Riyadh metro will lift about 3 million passengers once it starts running, It is expected to finish in the beginning of the year 2019. Trending : Free Sim for new expats at Riyadh Airport


Blue Line ( Line 1 ) : Riyadh Metro Blue Line runs in the axis of Olaya street, Batha street to Al Hayer Road, It covers 22 stations in this way including 4 transfer stations between Line 2, Line 3, Line 4, Line 5 and Line 6. Blue line will be of length 38km, It is mostly underground in a tunnel in Olaya and King Faisal street and in Batha street it will be on a high bridge. Recommend : No expatriates allowed to work in government sector by 2020

Red Line ( Line 2 ) : Riyadh Metro Red Line runs in the axis of King Abdullah Road, King Saud University and the eastern sub center, It covers 13 stations including 3 transfer stations between Line 1, Line 5 and Line 6. Red Line will be of total length 25.3 km, It is mostly on a raised strip and in a planned freeway.


Orange Line ( Line 3 ) : Riyadh Metro Orange Line runs in the axis of Madinah Al Munawarah Road, Prince Saad Bin Abdurrahman Al Awal road, Starting near to the Jeddah Expressway and ends near National Guard camp of Khashm Al Aan. It covers 20 stations including 2 transfer stations between Line 1 and Line 6, It will be of total length 40.7km. Orange Line will be mostly on the elevated bridge in Madina Munawwarah road and will be in underground tunnel in Prince Saad Ibn Abdulrahman road. Related : No more expiry date on iqama

Yellow Line ( Line 4 ) : Riyadh Metro Yellow Line runs in the axis of King Abdullah Financial District to King Khalid International Airport, It covers 8 stations in which 3 will be common with Line 6, It connects with 1 transfer station with Line 1 and Line 6. 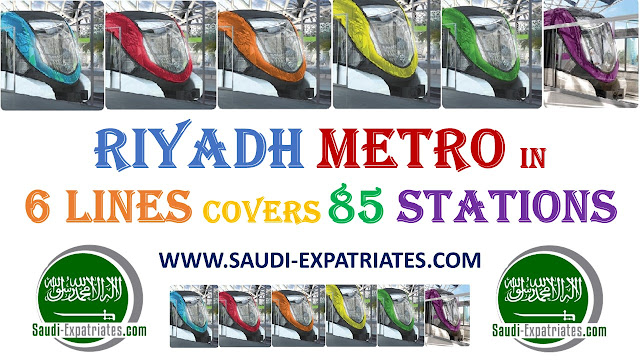 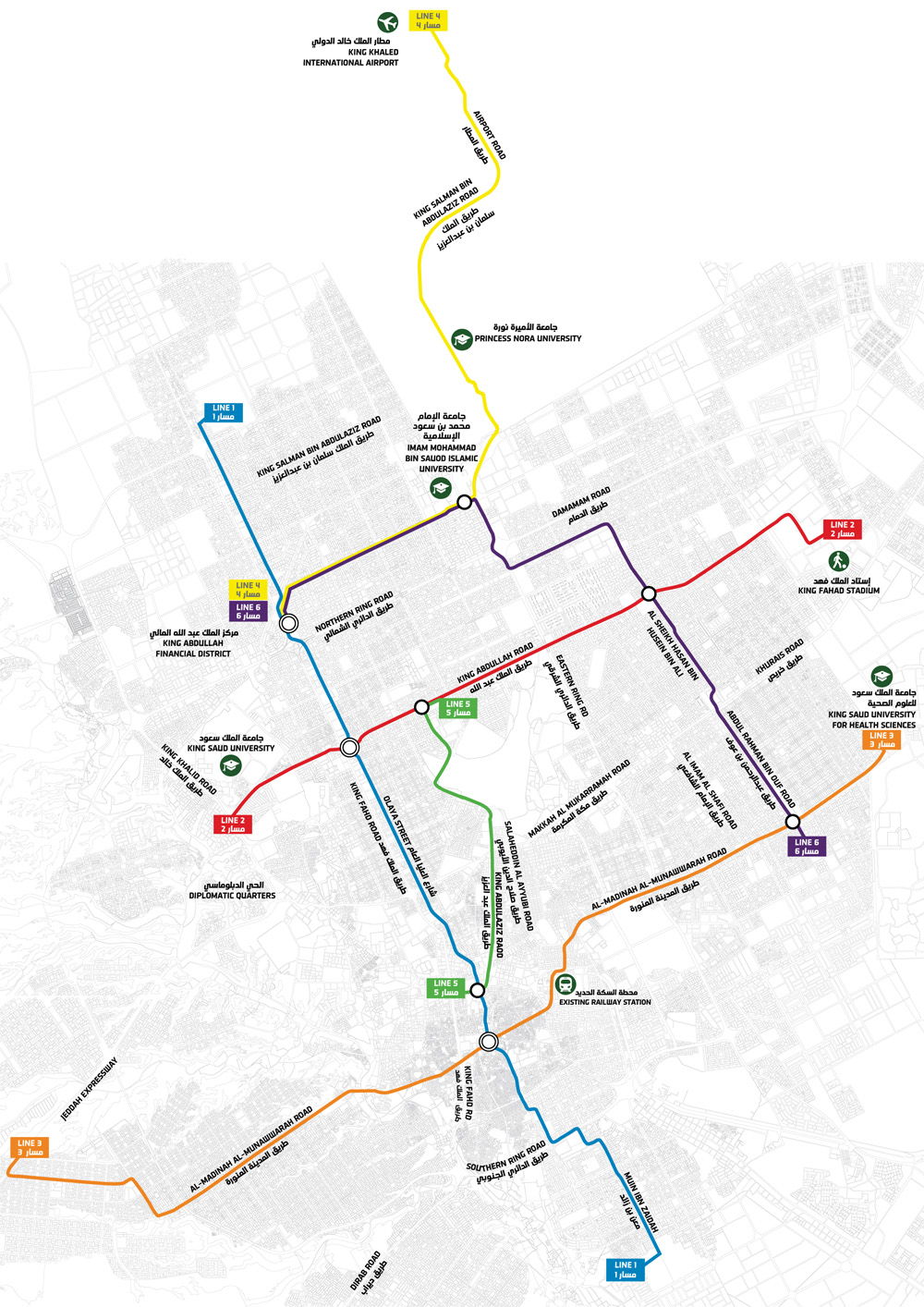