Over 2.95 million tickets were sold to attend the Qatar FIFA World Cup matches

Over 2.95 million tickets were sold to attend the Qatar FIFA World Cup matches

The Federation of International Football Associations (FIFA) announced that over 2.95 million tickets of the FIFA World Cup Qatar have been sold so far, where the matches have been scheduled from 20th November until 18th December 2022. Follow Saudi Expatriates on Telegram

The top 3 overseas ticket buyers are from the United States, Saudi Arabia and England. Mexico contributed in the biggest corporate hospitality sales outside Qatar.
- About 1.2 million overseas visitors will travel to Qatar for FIFA World Cup 2022, fans have already booked 2 million separate room nights from hotels, apartments, cruise ships and camping sites, as per the Qatari officials. Read : Important information for traveling to Qatar from Saudi Arabia for attending World Cup
- Swiss FIFA President GIanni Infantino revealed that the tournament has helped boost revenues over the past 4 years to record 7.5 billion dollars.

- The start of the FIFA World Cup Qatar 2022 saw a surge of interest in the 64 matches over the course of 29 days, with queues filling up outside the ticket booth in Doha and fans reporting long waits access the official online ticketing platform.
Most Expensive World Cup so far in the History of FIFA World Cups :
- Qatar FIFA World Cup is the most expensive World Cup so far in the history, as Qatar estimated that it have spent over 220 billion dollars in the years, since it has been chosen as a World Cup host in late 2010, more than 15 times what Russian spent for the 2018 FIFA World Cup. See Also : Muslim Haya card holders can perform Umrah in Makkah and visit Madina
Qatar welcomes football fans with Quran recitation and Morgan Freeman narration :

- For the first time in the history of FIFA World cup, Qatar welcomed football fans with the recitation of the verses from the Holy Quran, by a 20-year old Quran reciter Ghanim Al Muftah, who is also a FIFA World Cup Ambassador.
- Ghanim Al-Muftah born with a rare condition that impairs the development of the lower spine, who appeared alongside Oscar winning actor Morgan Freeman. The American actor sat on the pitch beside the Ghanim, who recited the verse of the Quran. Recommend : Saudi Arabia to bear the costs of entry visa for the holders of Haya card
- The verse of the Quran (49:13) states "Oh mankind, indeed we have create you from Male and Female and made you peoples and tribes that you may know one another. Surely the most noble of you in the sight of Allah is the most righteous among you. Allah is truly All-Knowing, All-Aware".

- During the opening ceremony, Qatar's Emir Sheikh Tamim bin Hamad Al Thani said "From Qatar, from the Arab world, I welcome everyone to the World Cup 2022. How lovely it is that people can put aside what divides them to celebrate their diversity and what brings them together". This is the first time FIFA World Cup has been staged in the Middle East. Trending : Saudi Arabia welcomes Haya card holders with 60-days visa during FIFA World Cup 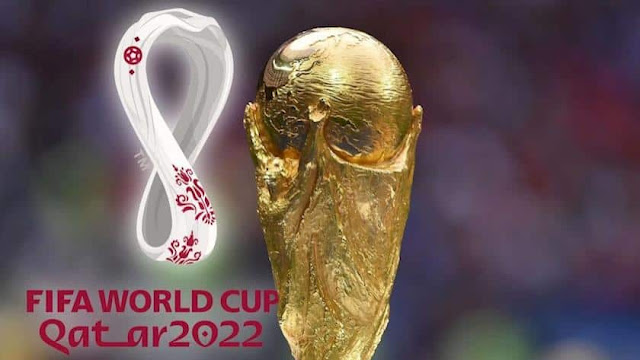