The Director of Geological Survey and Mineral Exploration in Saudi Arabia announced the discovery of new sites of Gold and Copper ore in Madina for the first time, highlighting that the discovery is a distinct and very important event with the authority's achievements. Follow Saudi Expatriates on Instagram

During his interview in the 'An-Nahr' program on "Al-Ekhbariya" channel, he said that the exploration process is through conducting searches and prospecting for minerals, both metallic (gold and copper) and non-metallic and documenting their locations. Read : Treasures buried in Saudi Arabia to provide 200,000 jobs
- The Geological Survey and Mineral Exploration authority explained that the discoveries were represented in the presence of gold ore within the borders of "Aba Al-Raha, Umm Al-Barrak Shield, Al Hijaz Region" of the Madina Al-Munawarrah region, which is natural extension of the Nakasib seam on the side of the Red Sea in the Arab-Nubian Shield.

- The authority added that, the discovery of copper ore in 4 locations in the Al-Madiq region in Wadi Al-Faraa in the Madina region, in promising quantities of special copper deposits from the mineral chalcocite, as well as secondary copper carbonate minerals like malachite and azurite and ways to host them inside the rocky outcrops inside the quartz veins that belong to for bulk sulfides. Recommend : Saudi Arabia has large quantities of Uranium, which we will use it commercially
- The authority highlighted that these national discoveries are a special event that the Geological Survey Authority adds to the list of discoveries during 2022, which will speed up the pace of mining investment in the Kingdom and support the Saudi Vision and economy. 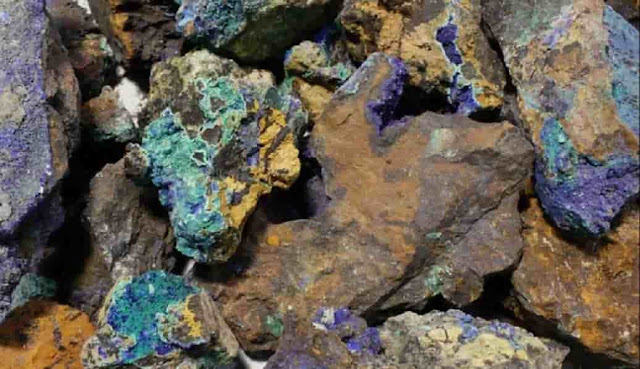 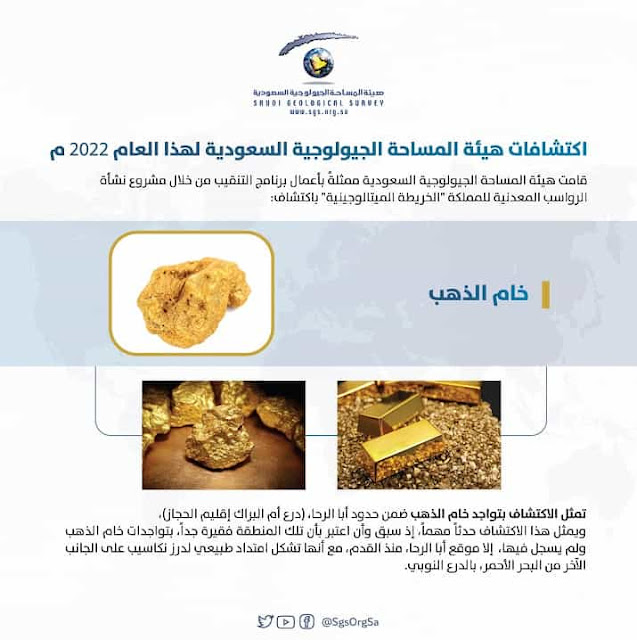 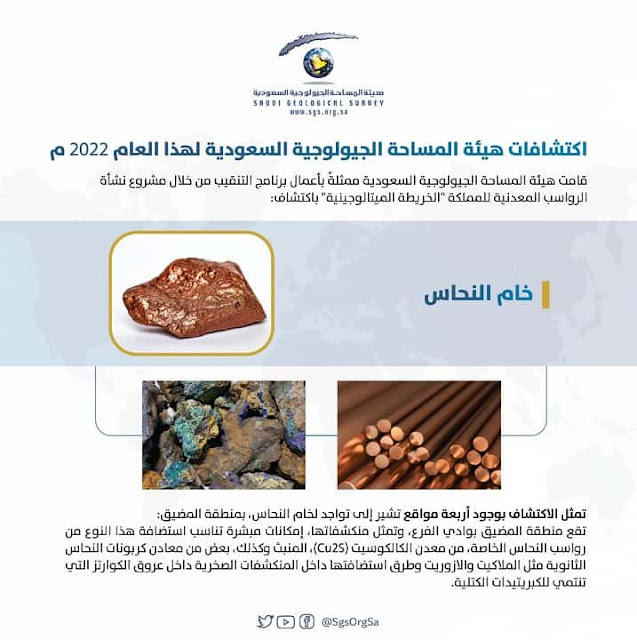