Do I have to handover Iqama of an Expat worker on his Final exit? Jawazat response

Do I have to handover Iqama of an Expat worker on his Final exit? Jawazat response

The General Directorate of Passports (Jawazat) in Saudi Arabia confirmed that the resident's iqama is the responsibility of the employer, and it is handed over to the Jawazat or destroyed after leaving the Kingdom on final exit visa. Follow Saudi Expatriates channel on imo

This came in response from Jawazat on an inquiry from one of the user, in which he asked, Does iqama have to be handed over in case of the worker's final exit, his iqama has still validity, but lost?
- Responding the question, Jawazat said, Peace be upon you, The identity of the resident is the responsibility of the employer, and it is handed over to the Passports Department or it is destroyed after the resident leaves. We are happy to serve you. Read : Fine for delaying renewal of Iqama
The Saudi Jawazat had launched 4 new services for citizens and resident expatriates through Absher platform at the the 7th Absher forum and explained that services.

* Passport services for foster families.
* Resident approval service to transfer his services to the new employer.
* Issuance and renewal of iqama on a quarterly basis, except for domestic workers and similar. See Also : Children's iqama can be converted into iqama, if both parents hold iqama
* The upgraded version of the passport issuance and renewal service for those who are below 15 years of age. 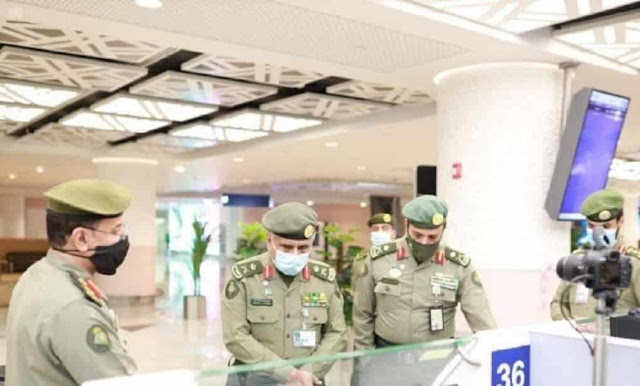