The Ministry of Hajj and Umrah in Saudi Arabia has announced that issuing of Umrah permits will be suspended from 23rd June to 19th July 202, this is to make sure of smooth Hajj season. See Also : 15 items prohibited to carry while traveling by plane to perform rituals

The Ministry explained that issuing Umrah permits will be suspended for 26 days and the restrictions will be lifted on 19th July, after the end of this Hajj season. This is to facilitate the arrival of Hajj pilgrims in the Kingdom and ensuring their smooth performance of Hajj rituals.
- The Ministry also clarified that domestic Hajj pilgrims cannot modify or change Hajj packages or add companions after the Hajj nomination and even after the payment is done. But the booking can be managed by inquiring the packages and then confirming or canceling the reservation. Recommend : Saudia launches Baggage first service for international pilgrims in Makkah and Madina
- The Hajj ministry confirmed that pilgrims accommodation in the holy cities will comply with highest standards of safety and security, and is subjected to strict surveillance against any risks or harmful practices.

- Those who commits a violation by doing any acts that are prohibited by the authorities will be penalized with the jail term of 6 months and a fine of up to 30,000 riyals.
- Last month, the security authorities of the Kingdom banned entry into Makkah, except those who have permits to enter into Makkah, to those who have Makkah residency and to those who works in Makkah, until the Hajj season ends. Read : Kaaba Kiswah raised from the ground, marking the beginning of Hajj season 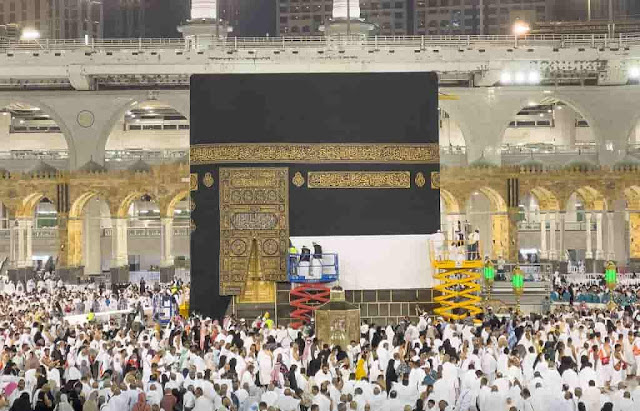