Saudi Arabian Airlines (Saudia) announced a new free service that deals for international flights, including issuance of boarding pass and baggage card, in addition to receiving luggage of groups from their residence in Makkah and Madina, 24 hours before their departure flights and completes all procedures related to it and then transferred directly to the baggage acceptance at the airport. See Also : Negative PCR test result must for arriving international Hajj pilgrims

The new service is from Saudi Airlines only, through prior coordination by representatives of groups with service providers in Makkah around the clock through email (hajjm1@jed-sa.com), Whatsapp (+966515223812) and in Madina via email (hajjS1@jed-sa.com) and Whatsapp (+966515223813).
- Earlier this, Saudi Airlines launched an awareness campaign related to baggage instructions for pilgrims, its regulations standards and the campaign conducted in many sites inside and outside Saudi Arabia, as part of its keenness on the smooth flow of movement at airports and operations in the return phase after performing the rituals. Trending : Longest pedestrian walkway in the world connect Arafat, Muzdalifa and Mina in Makkah
- The awareness campaign covers the clarification of all regulations related to baggage, as its contents took into account the use of a simplified method supported by images, in addition to providing it in 6 languages at 20 international airports, in addition to various sites internally, including campaigns of Hajj in the holy sites and camps, as well as hotels in both Makkah and Madina.

- The campaign instructed to not to carry any kind of liquid including Zamzam water inside the baggage, luggage should be in good condition and wrapped and other instructions that are intended to complete while returning without any obstacles.
- Saudi Airlines continues to receive pilgrims at arrival stage through flights designated to transport pilgrims, which reach many destinations and with the support of a network of scheduled and additional flights that extend to all parts of Kingdom and fly to 4 continents around the world. Most Viewed : King Khalid International Airport wins world's most improved airport 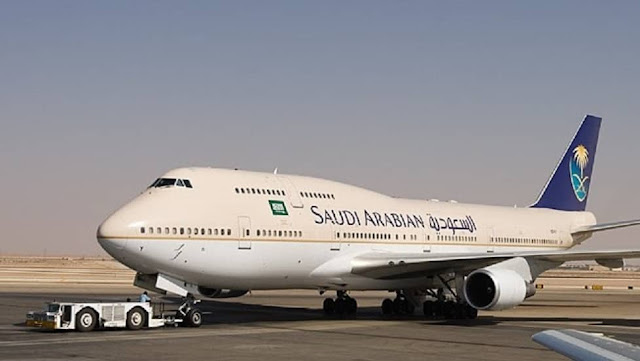 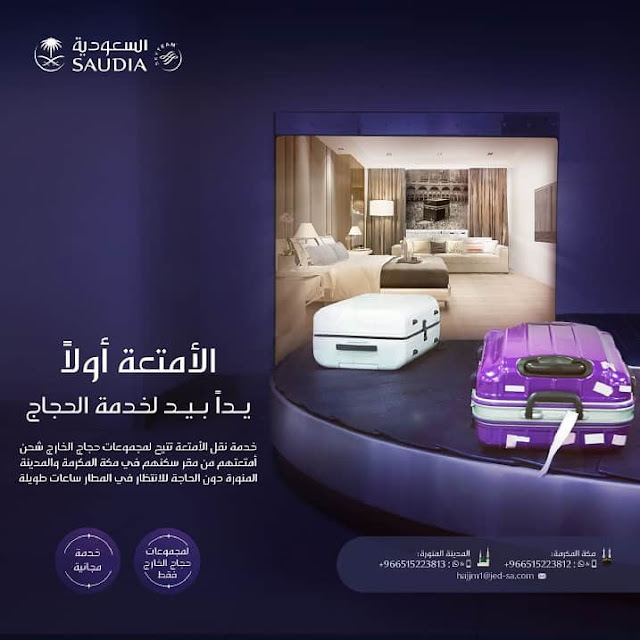