Sri Lankan Muslims are not going to be part of the Hajj 2022 pilgrimage as per the country's pilgrimage organizers, due to the ongoing worst economic crisis in the country. Follow Saudi Expatriates on Instagram

Saudi Arabia has approved a quota of 1,585 pilgrims for Sri Lanka for this year's Hajj, out of the total 1 million international and domestic pilgrims. Related : Country wise Hajj quota for the year 2022
- Muslims make up almost 10% in the 22 million population of Sri Lanka, which is predominantly Buddhist.
- Even after Saudi Arabia reduced the pilgrim quota for Sri Lanka for this year, the cost of sending the Hajj pilgrims to the Kingdom is too high for the country to bear.

- The All-Ceylon Hajj Tour Operators Association and Hajj Tour Operators Association of Sri Lank in a statement to the country's department of Muslim Religious Affairs said, due to the ongoing prevailing situation and the suffering the people are undergoing in our Mother Lank, members of both associations decided to sacrifice this year's Hajj pilgrimage.
- The Muslim Community's decision was in solidarity with the other people during the hard times, stated Saheed M.Rismy, the president of the All-Ceylon Young Men's Muslim Association. Trending : Entry ban to visit visa holders at 4 airports until 9th July due to the Hajj season
- The decision by operators was unanimous due to the severe dollar crisis facing Sri Lanka. As the country's economy is in bankrupt. The country has already defaulted on its debts after missing a deadline for foreign debt repayments.

- The whole Hajj operation of Sri Lankan pilgrims will cost around 10 million dollars, which is a big amount in the current situation of the country said Ahkam Uwais, the chairman of the National Hajj Committee in Sri Lanka's Department of Muslim Religious Affairs.
- The decision of sacrificing this year's Hajj is generous gesture by the members of the Muslim community to sacrifice their pilgrimage for the sake of country, he added while speaking to Arab News. Most Viewed : World's 20 largest Muslim population countries 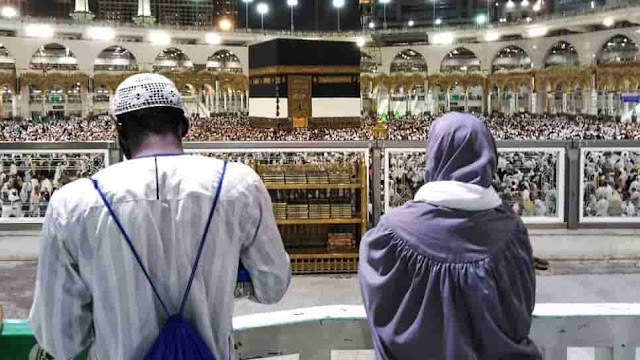