Prince Mohammed bin Salman, Saudi Crown Prince, Deputy Prime Minister and Minister of Defense said he simply does not care whether United States President Joe Biden misunderstands him or not.

During his interview with Atlantic, Saudi Crown Prince said him goal is to strengthen Riyadh's long, historical, relationship with Washington, but he was not concerned about whether Joe Biden misunderstood him.
- He said, Simply I do not care, It's up to him to think about the interests of America. We have long, historic relationship with United States. For us in Saudi Arabia, our aim is to keep it and to strengthen it. Trending : There are 3 authorities in the Kingdom and these are the strengths of Saudi Arabia - Saudi Crown Prince
- The Prince continued stating, we have a political interest, we have economic interests, we have a security interest, we have defense interests, we have trade interests, we have a lot. It's huge. We have a huge opportunity to boost all of these things. There is also a big possibility it could be downgraded in many areas. If you ask Saudi Arabia, we want to boost it in all areas.

- Saudi Crown Prince added that, You don't have the right to interfere in our internal affairs. That's about Saudis, and no one can do a thing about that. If you think you have the right social views and values and if they are strong, then you will get a win without pressuring us.
- For example, We didn't get rid of slavery 60 or 70 years ago, because we had any pressure. But we had good influences from foreign countries. Saudi people studied abroad and American companies, European companies, different companies cam and worked in Saudi Arabia, their influence was strong. We realized that this is wrong and cannot go on and we changed as the time goes and got rid of it. Most Viewed : I spend 10 to 20 minutes on Social Media every day - Prince Mohammed bin Salman
- Pressure does not work. Throughout the history, it's never worked with us. If you have the right idea, the right way of thinking, just keep doing it. People will follow if it's the right thing. If it's wrong thing, then people are going to follow their own way of thinking and you need to accept it.

- Saudi Arabia respects culture of America, way of thinking, everything in your country because it's up to you. We wish that we would be treated the same. We disagree with many things that you believe in, but we still respect it.
- Saudi Arabia is a G20 country, Before 5 years, we were on position 20, now we are almost 17th among the G20 countries. We are aiming to reach a place more advanced than 15 by the year 2030. Recommend : Saudi Crown Prince announces Trojena - A global destination for mountain tourism in Neom - Watch it in pictures
- He added that, Saudi Arabia is not a small country, it's a G20 country growing fast. So where is the potential in the world Today, It's in Saudi Arabia and if you want to miss it, I believe other people in East are going to be super happy to see.

- American companies have a huge concentration in Saudi Arabia. We have over 300,000 Americans in the Kingdom, some of them Saudi-American, living in Saudi Arabia, and the number is growing every day. So, the interest is obvious. Whether you want to win in Saudi Arabia or lose, it's up to you, said Saudi Crown Prince. Follow Saudi Expatriates on Pinterest 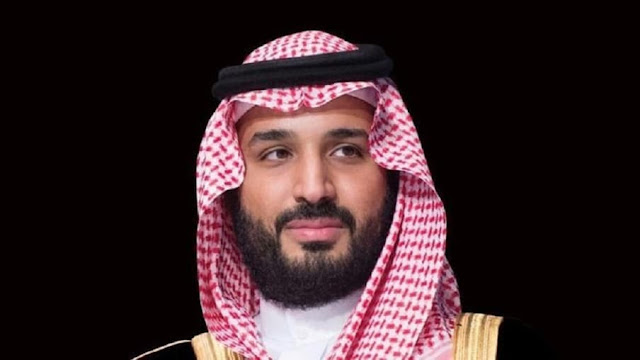