Saudi Crown Prince, Deputy Prime Minister and Minister of Defense, Mohammad bin Salman said that he browses various social media platforms for a period of 10 to 20 minutes a day, but he does not interact with them. Subscribe to Saudi Expatriates on YouTube

During his interview with Atlantic magazine, Prince Mohammed bin Salman said that, On weekends, I am not trying to interact with it. From 2009 to early 2018, I hardly took the weekend and if I took the weekend in 2 months, I am lucky. Then, I gained a lot of weight and it was tough.
- The Prince continued, But since 2018, I started taking weekends, when everything was in place, good people, good environment, etc. If I did not, I would collapse, and on working days, I work all days, spending 10 to 20 minutes at most on social media every day. Trending : Saudi Crown Prince announces TROJENA - A global destination for mountain Tourism in Neom
- The Crown Prince added that, I browse all social media platforms, including Instagram, Twitter and others, so I just want to be sure that my media team understands that I am doing independent research, I read Apple News, and it is great to have all the newspapers on one app.

- I also read some Saudi and International newspapers and therefore, let's say that I spend about 20 minutes on social media and about half an hour on other media. I usually do this while I eat breakfast with my family, where the TV works and the iPad also and so do I, do two to three things at the same time with the family, stated the Saudi Crown Prince.
- He continued stating, I try to follow what is outside my world while watching movies or series, for example, House of Cards does not suit me, for example, Game of Thrones, it's great, its amazing. See Also : MBS launches master plan of 75 billion riyals to develop Jeddah DownTown
- The Crown Prince of Saudi Arabia also said, I do not like new Arab music, although some of it is good, but I often see that old music is better, and I also like to listen to national music from different regions. 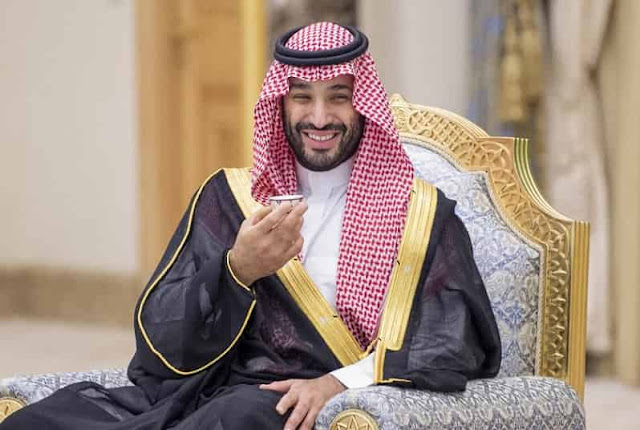