The Minister of Finance in Saudi Arabia, Mohammed Al-Jadaan said that the Kingdom of Saudi Arabia has no plans to reduce the VAT (Value Added Tax) of 15% in the near future.

During an interview with TV news channel, He said, The decision on VAT will be reviewed after several years and only when the public finances improve.
- The Minister said the goal of the increased rate of Value Added Tax was to deal with the economic effect of the corona pandemic. He added, when the public finances improve after several years, may be within 5 years, it will be reexamined, but there will be no VAT cut anytime soon. Trending : Saudi Arabia allows quarterly iqama renewals
- Last year in May, Saudi Arabia raised VAT from 5% to 15% as part of strict measures in order to support its pandemic hit economy.

- Al-Jadaan expected the Saudi Arabia's general budget would record a deficit by the end of this year. We have a move to maintain spending control in the Kingdom instead of the increase in revenues.
- He stated that, We want to continue working efficiently and we may raise public spending, but any increase in spending items in the future, including the salaries of government employees, will be to cover inflation. Most Viewed : Moroor starts imposing fines for not installing child restraints in car
- In the 3rd quarter of this year, Saudi budget recorded the first quarterly surplus since early 2019, which is estimated at 6.7 billion. The surplus revenue was the result of a 60% increase in oil income on an annual basis, along with a limited decline in public spending .

- The Finance Minister underscored the Kingdom's emphasis on maintaining the rationalized spending despite the increase in revenues. He revealed that G20's approve to impose taxes on multinational companies as excellent. As this will benefit all economies and slow the race to reduce taxes, which lead to an increase in deficit. It will also contribute to attract MNC's to Saudi Arabia as all countries will have same tax, which will be greater justice. Follow Saudi Expatriats on imo 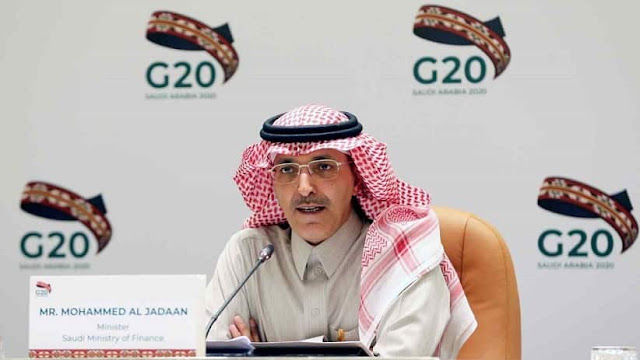