The General Directorate of Traffic (Moroor) in Saudi Arabia has issued orders to its branches all over the Kingdom to start issuing fines for violations like as, not installing child restraints, and allowing children (below 10 years) to sit in front seats of the car.

The penalties for the violations range in between 300 Saudi Riyals to 500 Saudi Riyals. As per the Traffic regulations, motorists must provide safety seats for children upon boarding. Children will be allowed to sit on front seats only in cars that do not have rear seats.
- Saudi Moroor has ordered to conduct manual field inspections through traffic policemen to monitor such violations in this regard in those places where there are no electronic surveillance cameras. Trending : Saudi Arabia allows quarterly renewal of iqamas
- Moroor also called them to slap fines on those who do not comply with the regulations related to wearing seatbelts. Violators of seat belts to face a fine of not less than 150 Saudi Riyals and not more than 300 Saudi Riyals.

- The Traffic Directorate has called its departments to launch intensive campaigns to catch such violations of child restraints and seat belts and submit reports to higher authorities on a daily basis.
- Child restraints are allowed to install only in the rear passenger seats. Car accidents are the number one killer of children between 1 to 12 years of age in the Kingdom, as per the report of Saudi Gazette. Recommend : Ministry of Interior clarifies health controls in public places
- According to a report, half of those who died in motor vehicle crashes are kids under 5 years and were unrestrained. The report also shows, 72% of 3,500 observed car seats and booster seats were misused in a way that could increase a child risk of injury in an accident and 40% of children who ride with unrestrained adults did not wear seat belts.

- According to the World Health Organization (WHO), child restraints, when correctly installed and used, reduces deaths among infants by nearly 70% and deaths among kids by 54% and 80%.
- The Moroor in Saudi Arabia through its Tweet announced, "For their safety, Use child safety seats, which greatly contribute in protecting them from serious injuries during accidents". See Also : 12 new services launched in Absher, 4 new services in Maidan 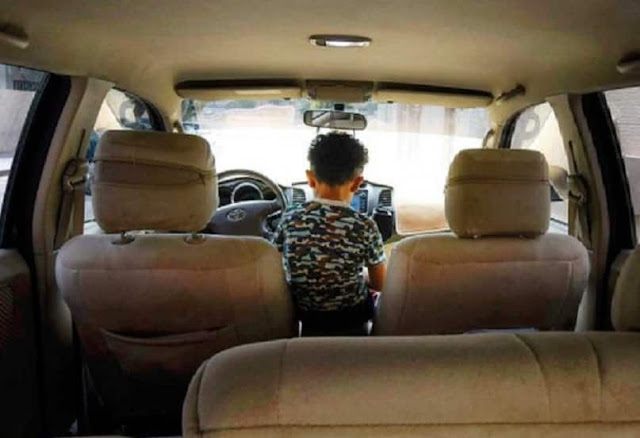