A reporter of Al-Ekhbariya tv channel sheds light on the features of the marble of the Grand Mosque in Makkah and Prophet's Mosque in Madina, how visitors and pilgrims do not feel the heat.

- The channel’s correspondent stated that, what differentiate this marble is that, it absorbs moisture at night through very small openings and at the beginning of the day this moisture is removed so that the marble does not become soggy, so as not to disturb the visitors of the two Holy mosques, and this marble is imported from outside the Kingdom of Saudi Arabia.
- He clarified that some believe that there are cooling pipes under this marble, and this is not true revealed the General Presidency for the Affairs of the Grand Mosque and the Prophet’s Mosque, and confirmed that there are no pipes under this marble, but rather the quality and specifications of the marble that reflect this feeling. Recommend : Meezab is the smallest piece of Holy Kaaba, made up of pure Gold 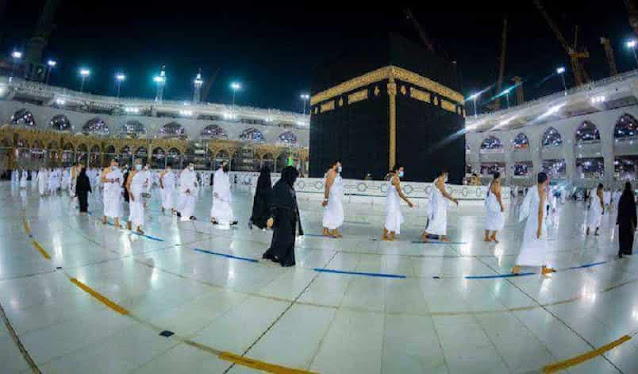