Many people eat their food just before going to bed, but, even snacks late at night, may lead to several symptoms and not just the appearance of a full belly over time, while numerous research indicates that eating food right before bed may result in many side effects, including, Weight gain and affect performance at work, according to a report by the by health nutrition website 'Eat Zys'.

1. Less fat burning: A 2020 study published in PLOS Biology found that among a group of six study subjects over the age of 50, those who ate a meal late in the evening burned less fat while they slept than those who ate their last meal early of the night, though, and both groups have the same calorie and activity levels. See Also : Vitamin D deficiency is one of the reasons for feeling Inactive and Lazy
2. Weight gain: A study published in 2020 in the Journal of Endocrinology and Metabolism demonstrated that individuals who ate dinner at 10 pm instead of 6 pm were more likely to develop glucose intolerance and reduce the rate of fat oxidation, which may increase the risks of obesity and metabolic syndrome.

3. Metabolic syndrome: The risk of developing metabolic syndrome, high blood pressure (BP), high blood sugar, high cholesterol or triglycerides, and may make a person more likely to develop type 2 diabetes, heart disease, and stroke, if Eating right before bed.
4. Sleep discomfort: Late night meals and morning tiredness may be more closely related than people think. A 2011 study published in the Journal of Clinical Sleep Medicine found that among a group of 52 adults, those who ate close to bedtime were more likely to have sleep disturbances, compared to those who allowed enough time between their last meal and their sleep. This included taking longer to fall asleep and experiencing a decrease in REM sleep. Recommend : Magical benefits of Beetroot juice

5. Decreased production quality: The effect of those late-night snacks is not limited to one’s weight alone, as a study published in 2021 in the “Journal of Basic and Applied Psychology” revealed that individuals who ate unhealthy food at night, were more likely to have With physical problems, including headaches and diarrhea, the next day, they were less helpful and more withdrawn from work the next day. See Also : Walking on Beach burns 50% more calories 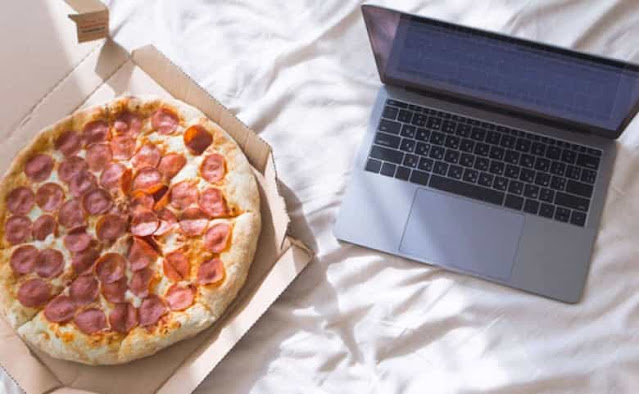