Within one week, Saudi Arabia has arrested about 12,826 illegals who violated the residency and labor laws and border security regulations in various regions of the Kingdom. Follow Saudi Expatriates on Telegram

The arrests took place after the inspection campaign from various units of security forces and Jawazat all over the Kingdom from 5th to 11th August, 2021.
- Of the arrested violators, 4,366 violated residency regulations, 1,127 violated labor regulations and 7,369 were border regulations. Trending : GACA allows use of full seating in domestic flights from September
- While 292 violators were arrested while trying to cross the border into the Kingdom, of which 48% are Yemeni nationals, 43% are Ethiopians and 9% belong to other nationalities.

- Seven people were arrested for trying to flee the Kingdom by crossing the borders, while 3 people who were involved in transporting violators and providing them shelter.
- Currently there are 74,456 violators who are currently subject to punitive measures, of which 61,744 are men and 12,712 are women, about 57,699 violators were referred to their diplomatic missions to obtain travel documents for their deportation. Recommend : Jawazat sets the conditions for extending Exit Re-Entry visa
- The Interior Ministry has warned that whoever facilitates the entry of violators to the Kingdom, transports them or provides shelter or any other form of support will face jail term of up to 15 years and a fine of 1 million Saudi Riyals and seizure of the means of transport or residence used in the violation. 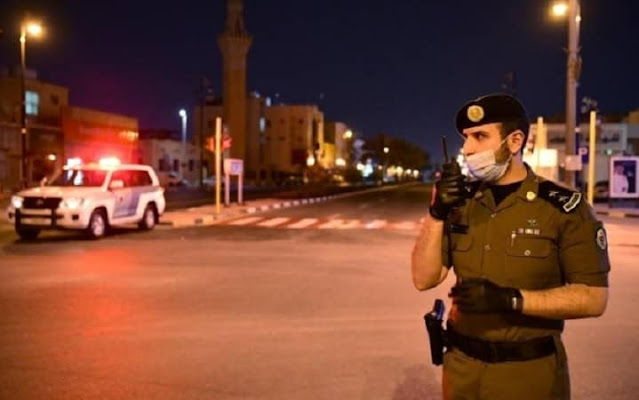