Fine on violations of Absence of Children seat, Children on Front Seat of a Car - Family Safety Program

The National Family Safety Program of the Ministry of National Guard Health Affairs in Saudi Arabia called on all parents to stick to accommodate children and infants in the seats allocated to them in the car.

National Family Safety Program of Saudi Arabia explained that traffic accidents are still the main cause of death for children and young people between the ages of 5 and 29, as per the World Health Organization's (WHO) road safety report.
- The Health Affairs Program of the Ministry of National Guard said that WHO studies have shown that the use of children chairs and seat belts reduces infant impact by 70%, and infant death by 54%, in the event of a accident. Similar : Is Corona Free certificate required for Kids below 6 years - Saudi Airlines response
- Family Safety Program confirmed that studies revealed that seat belts and child chairs reduce the percentage of serious injuries to children by 69%, mentioning the risks for children sitting in the back seats are 15% less than for children sitting in the front seats.
- Family Safety Program stated that within the framework of these studies, the Kingdom of Saudi Arabia, represented by the Ministry of Interior and the General Traffic Department, made great efforts to educate and control the imposing a fine for not having a child seat in the vehicle on its owner from 100 to 300 Saudi riyals. Read : Leaving children alone in a Car is a Traffic violation, Here its fine
- The program also explained that it is a traffic violation if the children are in the front seats, which imposes a fine of 500 riyals on the owner of the vehicle. 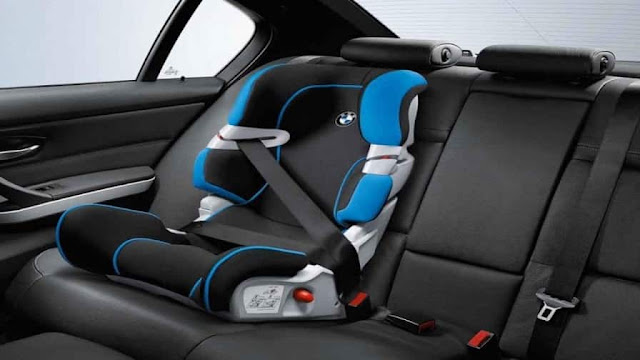