Tourism Minister in Saudi Arabia Ahmed Al-Khatib said that the Kingdom intends to resume issuing tourist visas by the beginning of the new year 2021, after months of suspension amid tight government restrictions to combat the spread of the Covid-19.

Kingdom's Tourism is a key pillar of the Saudi Vision 2030 plan announced by Crown Prince Mohammed bin Salman in order to reduce the country's economy dependence on oil.
- Saudi Arabia, which opened its doors for foreign tourists in September 2019 with the aim to launch a new visa system for visitors and tourists from 49 countries, so that the sector will contribute 10% to the Saudi GDP by 2030. Trending : 6 conditions for issuing Final Exit visa through Absher
- "Regarding the tourist visa, so far, we are talking about the beginning of next year," the minister said in a remote interview. "If things improve, or if positive developments emerge regarding the presence of a vaccine, it is possible to accelerate and early (the date)."
- The minister said that the tourism sector has been severely affected and is expected to witness a decline of between 35% and 45% by the end of the year. But the focus on domestic tourism during the summer has reduced the damage.
- Al Khatib added, "This pandemic is a systematic threat that affected everyone, but we witnessed a very strong summer after the closure period between January and May." See Also : End of Service benefits for those who are working in Saudi Arabia
- On domestic local tourism, the minister revealed the growth that exceeded their expectations, as he said: “We have observed a 30% growth year on year in domestic tourism, which exceeded our expectations.” 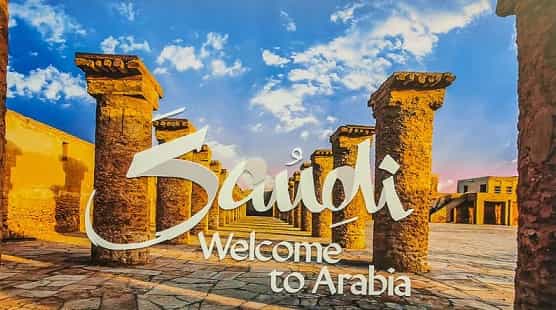